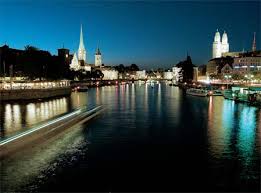 First debate between Dr. Cantu (yes) and Dr. Herring (no): is no RTP same day the best management paradigm?  Is keeping a player out one week long enough and is the graduated RTP protocol sufficient…

THERE WILL BE NO RTP on same day in the new statement!!!

Change of direction on Session 7, questions with panel answers, pro-con (if available)

Do 3 concussions end your career?

Who is best qualified to make the sideline decision?

Is there a role for grading concussions?

Should we be returning on the same day of concussion?

Should there be helmets in woman’s lacrosse and field hockey?

Should there be age restriction on tackling in American football, heading in soccer and checking in ice hockey?

Dr. Jamie Kissick speaking on “From Consensus to Action” 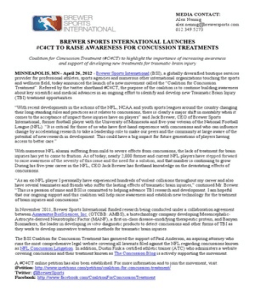 Yesterday I helped launch the #C4CT cause via the blog and twitter and it was nice to see the interest really begin to peak (thanks @SchuttSports, @the_jockdoc  and many others).  As with most movements or introduction of products getting interest is the first thing; now with official press release in hand it is time to explain and get more of us going here.

The hard work of Jack Brewer and Alex Nennig (and probably others) of Brewer Sports International have created this coalition which I believe to be a “best foot forward” approach in not only raising awareness and education of concussions (our number on goal on The Concussion Blog) but has a possibility to stake a claim in treatment of lasting effects of TBI.  I am honored to be asked to be a primary supporter of this cause, although as it catches wild-fire I am hopeful more important people jump aboard – looking at you NFLPA and NFL.

It is also an honor to be along side a very strong and promising law student in Paul Anderson.  I have had many conversations about creating such a cause, but have yet to find the trailblazing counterparts until this came along.  Please take the time to read the below press release and join along this weekend in using the #C4CT, even promoting questions from others about the hash tag is an opportunity to inform! There is a team of athletic training students and professors from Weber State that are devoting their time not only to treat the mundane injuries of broken legs and arms but also gain experience and insight into concussions; END_OF_DOCUMENT_TOKEN_TO_BE_REPLACED 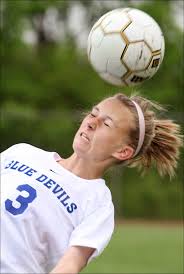 If you have read the blog enough you know that concussions not only have an immediate and short-term consequences, but lasting effects.  With any injury this is the case, however the sequelae of each injury is far less known.  What is becoming more apparent is that bashing your brain around can cause not only physical issues (balance, dizziness, etc.) and cognitive impairments, but emotional/social changes that are much more difficult to define.

As we all remember growing up, and if you have kids of certain age, adolescents seem to go through personality changes as the hormones begin to set in and the transition to adulthood begins.  It would be fairly easy to dismiss subtle changes in a person and chalk it up as “teenagers”.  However, there are cases that can be attributed to the mismanagement of concussions; not allowing for the proper recovery of the injury. END_OF_DOCUMENT_TOKEN_TO_BE_REPLACED 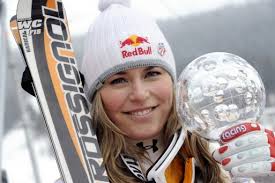 That information did not slip one of the foremost writers on this injury, Alan Schwarz END_OF_DOCUMENT_TOKEN_TO_BE_REPLACED

As we discussed last Friday, Lindsey Vonn had suffered a concussion in a training run leading up to the Finals of the World Cup.  We were concerned with how her and her team were handling the issue, however the tune has changed, for the better.  Vonn is now saying what all professional athletes should be;

“The second I have a headache or focus problems, I’m going to stop,” Vonn said. “I want to be really careful from here on out. It’s a pretty bad sign that I had symptoms again after the super-G, which means that I’m not recovered yet, so I’m not going to take any chances.

“This is a dangerous downhill, and if I don’t feel like I can focus then I’m not going to do it.””The second I have a headache or focus problems, I’m going to stop,” Vonn said. “I want to be really careful from here on out. It’s a pretty bad sign that I had symptoms again after the super-G, which means that I’m not recovered yet, so I’m not going to take any chances.

“This is a dangerous downhill, and if I don’t feel like I can focus then I’m not going to do it.”

Another good sign is US Woman’s ski team doctor, William Sterret, is also saying all the right things and making her recovery very transparent for all to see;

“If there are positive symptoms – things like nausea or headache or feeling like you’re in a fog – any of those things, then you’re shut down for sure,” Sterett told The AP. “Once these symptoms become negative, then we go onto more cognitive testing – balance, memory, repetition – things that are easily defined and measured.

“Again, if you don’t pass that then you’re done again. Once you pass that, then we take a step backwards to the subjective test list and try to slowly increase the stress or exertion on an athlete.”

It’s a sport/activity that has great risk involved with it.  At the professional level skiers will “fly” down the hill at perilous speeds on what appears to be snow.  However most courses are basically a sheet of ice allowing for higher speeds, but the unforgiving surface can wreak havoc on anyone that falls.  This is also true of the recreational ski resorts, not so much the ice, but the hard surface that skiers ski on.

Helmets are mandated at the highest level and extremely encouraged for all skiers, but as we know helmets cannot prevent concussions, they are on the heads of the individual to prevent skull fractures.  However it is of this author’s opinion that many people strike their head on the snow often to produce concussions.  One of my many concussions that has led me to this point occurred on the slopes of Copper Mountain in Colorado.  I believe I was 12 at the time (hardly remember the incident, in fact my mother had to remind me of it after the article in the New Yorker came out), what I do remember is getting my skis crossed on a “double black” run and trying to save it, next thing I remember was being in a sled, freezing and unaware of what happened, exactly.  Mom, dad and brother were all witness to my efforts to save the mistake, but I fell forward down the hill and hit my head, then (thankfully) my skis ended up downhill as I went over a drop off, my brother claims it was a cliff, and came to rest unconscious. END_OF_DOCUMENT_TOKEN_TO_BE_REPLACED

It was only a matter of time (there are a lot of VERY SMART people and with money on the line) before the new technology of using blood to test for a brain injury was made available to those that need it.  As we posted in October, research found it possible that identifying certain proteins and markers in blood was linked to identifying a brain injury.

Now this information has led researchers at the Greensboro Joint School of Nanoscience and Nanoengineering in North Carolina to produce a hand held device for the testing.  ESPN.com action sports writer Cameron Walker broke this story yesterday.

Sandros and her team are developing a device that would use a blood, saliva, or urine sample from a person with a suspected head injury. A chip will sense the presence of compounds in the body that the brain releases when it’s injured — a test that could be done quickly on the scene of an accident, whether on the hill or on the football field, and by anyone from military medics to first responders at an accident.

Although this is exciting news for those of us on “the concussion front” during a daily basis, it will be a few (more like five) years before it is available.  Taking the subjective nature of the injury and making it more objective will not only make identifying the injury easier, but it will make the injury more “real”.  This is important to the injured (because some are skeptical of an athletic trainer’s diagnosis) and doctors that are unsure how to diagnose and treat this very serious injury.

The researchers hope their device might be as widely available as automated external defibrillators (AEDs), which were once found only in hospitals but now have a place in many ski patrollers’ first aid kids.