It has been a long time coming… Not a new post on this blog, rather, a proactive and thoughtful policy/plan for high school football safety. This process has not been easy and there is no way I can take full credit for this but I do have some rather exciting news regarding something that I, personally, have been working on for six years.

Weekly Player Limitations for Football
1. A player shall not play in more than 2 games in any one week, and shall not play in more than one game in a single day. For the purposes of this section, a week is defined as the seven-day period running from Sunday through the following Saturday. (It is recommended that if a player does play in 2 games in a given week, one of those games is only as a one way player. [i.e., only plays on offense or defense or special teams])]
2. Players cannot play in games on consecutive days or be involved in live contact/thud in practice the day after playing in a game.
3. 1 play in a game equals a game played.
NOTE: If a player plays in a game that is stopped due to weather or other circumstances and completed the next day, the player can participate in the resumed game the following day.

It is a little late but the Illinois Advisory Council on Player Safety (or PSAC as we call it) met at the end of March to keep this tremendous ball rolling. The minutes are below but the take home from my perspective was:

Here are the minutes.

You can also find the minutes and previous minutes at the Play Smart Play Hard Website by going to the Advisory Council tab. We already have added a resource for the “Health & Well Being” of the athlete on the Resources tab. While you are there take a minute to Take the Pledge for playing smart and playing hard.

As always, I am open to comments, questions and inquires about the PSAC. You can drop them here or in the inbox.

Mid-morning yesterday I get a text from a former coach that simply states “Water that helps concussions…thanks Russell Wilson”.

That led me immediately to the interwebs to find out what he was talking about and it took me about 3.576 seconds to get results. You were touting a product that supposedly helped with your , I mean , I mean injury that occurred last year in the playoffs. When I saw this I LOL’ed, seriously I laughed out loud. I thought this was a joke. Alas, it was not.

Then I get to school and another coach asked me about it as well, not so much would it work rather how big of an “idiot” you were (not my words). It was reassuring to know that this coach as well as the other two that stopped me before practice completely understood that this was not possible with what we know. But the fact that they were a little confused, even for the slightest moment, give me pause about what you and others can do with your platform.

I was glad all of this was taking place during school hours and practice so the kids wouldn’t have questions – actually statements about how you know more than me and where to get this. What I didn’t realize was that the parents of the kids had seen this; and wouldn’t you know I had my first email about it at 5pm.

I started to hope this would get out of the news cycle but late last night it picked up steam and this morning, more emails and END_OF_DOCUMENT_TOKEN_TO_BE_REPLACED 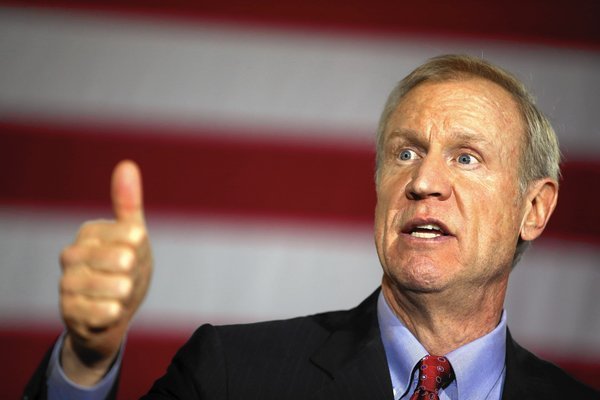 The bill/law is basically an extension of the IHSA Policies regarding concussions plus some strengthening for player/participant safety.

Most notably this law now pertains to all sports, not just limited to the high school sports.

There will be more to follow on this as I get more time to delve into the entire bill.

I have read the bill a few times and here are the other important takeaways from this bill:

“Welcome to a historic event.” Is how Associate Executive Director, Kurt Gibson opened the first meeting of its kind in Illinois and for the Illinois High School Association (IHSA). With the vast majority of the Council present it did not take long for all of us to get to “work”.

The Council (which we shortened to PSAC – Player Safety Advisory Council) dove right into the meat of the issues surrounding sports and player safety. Rather than giving a play-by-play I will let you read the minutes from the meeting (LINK HERE);

4. The council discussed Senate Bill 07, which is currently awaiting signature from Governor Rauner. Among other things, SB 07 creates a Concussion Oversight Team in schools to monitor Return to Play and Return to Learn for student-athletes who have sustained a concussion, requires education on concussions and symptoms for coaches and athletic officials, and requires schools to develop school-specific Emergency Action Plans (EAP’s) to address serious injuries that may occur on campus.

5. The council heard reports from Allison Hieb and Cole Steward, the two student members of the council, on concussion from the perspective of student-athletes. Both students shared the perspective of how their schools have addressed concussion with their student-athletes on both the individual and team level. As a part of that discussion, the council suggested that the IHSA consider developing some kind of post-video assessment be created for students to complete. Additionally, the council thought it may be worthwhile for the IHSA to register and track student-athletes from a sports medicine perspective. IHSA staff indicated they would begin the process by working on some kind of checklist that all member schools can utilize.

6. In reviewing the football recommendations made by the IHSA Football and Sports Medicine Advisory Committees, the council expressed their desire to see the IHSA be bolder with its recommendations concerning the amounts of full contact END_OF_DOCUMENT_TOKEN_TO_BE_REPLACED