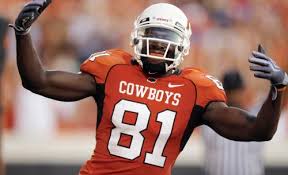 Referring to concussions as a “head injury” diminishes the actual effects the injury is having.  The more prudent and descriptive term would be brain injury.  Unfortunately while listing injuries people tend to present the “head injury”, or may state “it’s only a head injury”.  The simple fact is that concussion is a brain injury and if managed/treated correctly recovery will expected to be near 100% without lasting effects.  Part of the education problem is the lack of “respect” for the injury.

Speaking of crazy comments, Mike Vogel had an interview with Jay Beagle – Washington Capital “tough guy” – regarding his injury, VIDEO HERE.  How about one of the first comments from Beagle;

“I don’t think it’s a concussion. When you go down like that, your head doesn’t feel great for the next couple days, so that’s what we were doing. We were making sure that everything’s going to clear up. I feel great.”

Well since many don’t follow hockey here is the fight Beagle speaks of and the results, certainly there is no way he sustained a concussion [/sarcasm].

College basketball is beginning and before you know it March Madness will be upon us.  Remember that concussions are not limited to collision sports, they happen in all activities (including driving, walking, playing, etc.), and we have our first reports of NCAA basketball concussions;

UCLA guard-forward De’End Parker and center Anthony Stover suffered concussions during practices in the past week.

Parker sustained his concussion Saturday. He ran into the elbow of David Wear while he was driving the lane. Stover suffered his concussion during a drill in practice last Monday. He is expected to return to practice Wednesday.

I have seen more and more of this “nomenclature” regarding concussions; someone please answer this question for me.  What is the difference between a “head contusion” and concussion?  Is it just a way to skate the rules pertaining to concussions in sports?  Certainly people can get a bump on the head that does not elicit the metabolic cascade that is a concussion, but is it really possible when a baseball hits your head at nearly 100mph, or your head hits the ice, or an elbow is driven into your skull?

One thought on “Tuesday Quick Hits”