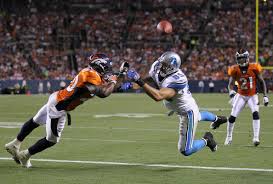 Week 5 brought the first round of bye’s and fewer players on the field.  With nearly 19% of the league and players off the field one would expect a slight decrease in reported concussion numbers, I even hypothesized about that last week, it just makes logical sense if the concussion rate is constant in the sport.  Concussions are not a constant/expected injury in any sport, let alone a collision sport like tackle football.

Last week there were 11 reported concussion/head injuries, a high water mark on this young season.  This observation highlights that even if research tells us that there is ‘x’ concussion rate in a sport does not mean that is a constant number, concussions are a byproduct of collisions, which are in effect an uncontrolled-chaotic events.  No matter how much we protect with equipment, rule changes, and technique improvements the fact remains that the brain is floating in the skull and remains vulnerable to injury.

THE INJURY OF CONCUSSION WILL CONTINUE TO HAPPEN, THEY CANNOT BE ELIMINATED (JUST AS BROKEN BONES AND TORN LIGAMENTS WILL CONTINUE), HOWEVER UNDERSTANDING HOW TO CORRECTLY IDENTIFY AND MANAGE THEM MUST BE IMPROVED TO PREVENT FURTHER DAMAGE.

Players, teams, parents, kids, coaches, announcers, and the fan should not be afraid of the “Mighty ‘C’ Word”, rather accept that what has occurred is a brain injury and begin the proper healing process.

Enough of the soap box and time for the stats through five weeks of action;