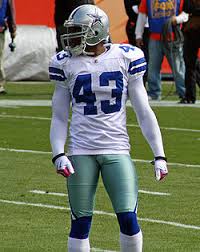 After one-quarter of the season has been played the number of concussions have not shown an increase from last year, speaking of the regular season.  An encouraging sign – on quick glance – but probably the right trend if I were to guess.  Although there are some teams yet to report a concussion in the preseason and regular season; that number, five, seems to be what is expected (for your curiosity those team are: Arizona, Cincinnati, Kansas City, Miami and Minnesota).  There are 13 teams yet to report a concussion in the regular season, this number to me seems high.  One trend I can see based on last year and through four weeks this year, is that the Carolina Panthers seem to be either the team with the worst luck or best reporting.  Last year Carolina had a league high 10 concussions reported this year they have four in the regular season and one in the preseason, second only to Oakland’s six total.  I think the reporting has been better in some places but there are the occasional “shoulder/neck” injuries that make one wonder.  I would like to add that it would be nice to see the beat reporters get timely information about the injuries sustained on game day; I have observed that the during the preseason that information was easily given out or spotted better.

As you know we have been tracking the helmets of the players who have been concussed, although we have yet to get 100% of them, our sample is pretty solid.  Early returns indicate that the “randomness” of a concussion seems to follow the observed sample on the field.  Non-scientifically we have observed through watching on the television that 64% of helmets are Riddells, 34% are Schutt, and the remaining 3% is split between Adams, Xenith, Rawlings and Simpson.  Our data collection on the helmets of concussed show that 63% are in Riddell’s and 37% are in Schutts; again indicating that the helmet maker has little bearing.  What may be interesting is that we have observed – on all players – is that of the Riddell’s the percentage of VSR4’s have dropped from last year, from 32% to about 25%, but the RevoSpeed has increased, from 27% to roughly 34%.  This is also true for Schutt as the older AirAdvantage on the field of play dropped from 41% to 36% while the AiRXP has jumped from 49% to nearly 55%.  What does that tell us, that the older models, the 1994 Volvo’s are being replaced with the newer more up-to-date models, a good thing.  It would be very nice of someone, ANYONE, could supply me with accurate numbers/percentages of helmet makers and models, please.

Enough with the side information here are this week’s numbers (REMINDER: NUMBERS THOUGH THE BYE WEEKS WILL DECREASE (SHOULD) DUE TO LESS TEAMS PLAYING);