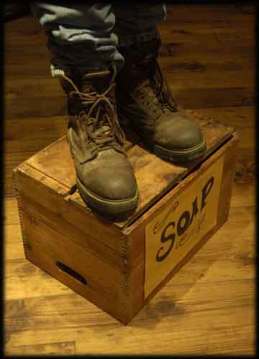 On Twitter yesterday I commented on the words Jim Nantz spoke on “Face the Nation” regarding concussions (emphasis mine);

“[r]esearch shows that at the college level, a women’s soccer player is two and half times more likely to suffer a concussion than a college football player. I don’t hear anyone saying right now, ‘should we put our daughter in these soccer programs?'”

Huge props to Jason Lisk of bigleadsports, for doing the work of digging to find the information that Nantz used in the interview.  The long and short of Lisk’s adventure was that he could not find a specific connotation of such claims.  The 2007 article he cited in his wirte-up can be found here, Concussions Among United States High School and Collegiate Athletes, via nih.gov.  You can look and see what Lisk and myself see, football concussions occur more than female soccer concussions – except for an anomaly (very small one less 4%) – in college football and female college soccer.  Lisk also notes this was a 2007 study, although ancient in the realm of concussions, it is very solid and worth citing.

A repeat of the above study could not be found and probably should be done, however there are plenty of “concussion incidence” research in the high school sports.  Those can be found by simply going to ‘Google Scholar’ and defining your terms.  Here is a very good one regarding concussions alone, Marar et Al_ Epidemiology of Concussions, where the football vs. girls soccer numbers are; 6.4/3.4 (that is per 10,000 athlete exposures).  This is a 47% increase as compared between the two sports, almost two-time as likely.  More important is that this information was published a year ago, some of the freshest information out there.

Specifically Nantz was using collegiate soccer as his “trump card” in the case for football.  Not only is collegiate soccer a rare occurrence for those playing soccer, it is not nearly as populated as high school and youth soccer, where the concussion problem is WAY lower than football.

Not only was Nantz – and Limbaugh – spewing information that is both hard to find (no source) and outrageous to this author, it is completely irresponsible to even suggest that female soccer is more “dangerous” than football, in terms of concussions.

The injury is not the elephant in the room, it is the poor and mismanagement of concussions that is the rest of the iceberg under the water.

Sports carry a risk of injury, some more than others; concussion incl. No one should stop playing sports. It’s a risk assessment approach.  When looking at kids, the parental units are in charge of this risk assessment. Kids cannot grasp tomorrow let alone 20+ years down road.

Instead of the NFL (and their “buddies”)  attacking girls soccer, or any other sport for that matter, take a look inward and get information of what the real problem is.  More good work can be done by the NFL or anyone that wants to make an impact if resources were put in to address the assessment and management of concussions.  If everyone would begin to have the common view that a concussion is out ‘x-y’ days with the notation that every individual is unique (I prefer the 12-28 day model*), then people would start to understand and accept the injury.

Concussions are going to happen in sport and life.  Its how we deal with the injury that will make all the difference in the world.  All of that being said; limiting exposure and contact is something that must be adopted at levels below the NFL (they already have limits).  It should be addressed now.

And if you are reading this and thinking I am trying to take away football or sports, then you obviously have not read here enough.  I am trying to save the sports we all love.  The longer the issue is dodged and people throw up smoke screens, like Jim Nantz (subtract respect from this guy), the better the chance the sports we know will be gone, kind of like boxing – the sport of kings.

9 thoughts on “Let’s Clear Something Up Here”