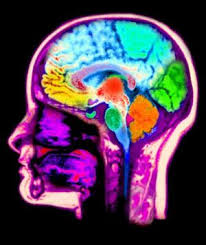 The 2011 NFL season had a lot of different story lines; from Tebow to Green Bay’s run to San Francisco coming from nowhere.  However the biggest story, as far as we are concerned, was the concussion issue.  Looking back at last year we posted our final numbers for 2010 and some thoughts going forward.

Of the suggestions proposed in the wrap-up last year the only issue addressed (kind of) was the awareness component.  This is actually not measurable, however with the increase in the number of concussions this year I would confidently say that it was better.  As for the NFL Concussion database, we don’t know, hopefully that did occur (or perhaps this is their database).  The other proposal of having different helmets on different positions; that was a stretch to get done, but it still stands true, as some positions are more likely to sustain a concussion.  The NFL did add some components for safety: officials on the look out and an athletic trainer in the press box to find concussions that may be missed.

There are some trends that remain the same after last year: defensive backs are the position with the most concussions and offensive lineman saw a huge jump in concussions as the season wore on.  The DB issue is one of speed and improper tackling technique, where as the offensive lineman cases are a little disconcerting.  Research and evidence shows us that there is a compiling effect of traumatic forces to the brain.  The sub-concussive hits can be just as dangerous over a long period of time, and they eventually manifest themselves as concussions or worse as the players age.  There were actually more concussions for the offensive lineman over all and the reporting seemed to be consistent all year (late spike), what was not as evident was the number of OL losing the season due to concussions.

On to the stats through Week 17 (FINAL NUMBERS);

The following numbers are all concussions from preseason through the regular season (217), comparing to last year (2010 in parenthesis);

Other notes: We did find 7 concussions due to special teams, however that is an incomplete number…  That being said there was only 2 on kickoffs, giving credence to the new KO rule…  Two injuries were classified as concussions due to the Fink Rule: James Harrison and Delanie Walker…  18 players sustained at least two concussions this year…  Ben Watson had three separate listings…  We identified 168 helmets of the 217 players…  In a random helmet sample based on TV observation the helmet breakdown was as follows: 62.33% Riddell, 36.30% Schutt, 1.37% Others (Xenith, Adams and Rawlings)…  Helmet break down of concussions: Riddell 63.98%, Schutt 36.02, Others 0%…

The 200+ concussions should not come as a surprise, as we told you to expect that back in the preseason, the main reason being the better reporting of the issue.  Players seemed to capitulate, slightly, to the injury as the season wore on, yet there is still the stigma present in the game.  It surely would be nice to see the NFL take the route the NHL seems to be taking, at least it is trickling down to the adolescent levels.  There are still issues with the reporting of the injury for what ever reason, as evident with some teams.  For example of the 384 found concussions the past two years Cincinnati has only reported THREE or 0.78% of all concussions, Tampa Bay, Houston and Buffalo are not much better, if the injury was truly random then each team should be reporting about 12 a year.  There are teams that do deserve a ton of credit for being what I believe to be forthright with concussions: Oakland, Cleveland, Carolina, Minnesota, Baltimore and St. Louis.  Those teams have been at the top the last two years: 21, 21, 21, 19, 19, 19 respectively, comprising 31.25% of all the concussions the last two years.  Those teams that have the higher reporting numbers seem to be more near the actual number than those at the bottom.

We will continue to track what concussions we can find in the post season.  It is rather difficult, but those numbers will be included after the Super Bowl for an over all total for 2011.

I would like to thank everyone that has helped in the data collection and crunching of stats.  Although we feel this is a VERY GOOD data set, it is far from 100% correct there are still limitations.  Again, we do think this is the most comprehensive and correct number associated with concussions in the NFL at this time.