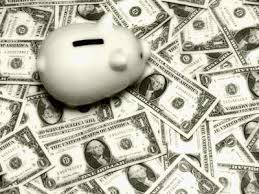 I was approached by a reader to figure out what concussions are “theoretically” costing owners/teams in terms of salary.  His thought, a good one, was to illustrate the economic impact to the NFL and owners that an investment in a completely independent concussion “think tank” could save money in the long run.  The last time we ran the numbers was in week 13, we are efforting the final numbers for 2011.

There were some limitations in determining this overall impact to the owners:

To our knowledge there is no published information on this topic, therefore this presentation of information is the first of its kind, and we truly understand that this is not 100% accurate, but it does give an idea of what is happening in terms of concussion and lost salary.

Based upon our findings the average salary for a concussed player/game in the NFL through 13 weeks was $120,000.

If we were to just keep it very conservative as only a half of a game missed the money is still very high at $10,260,000.

The overall impact for concussions may, in fact, be more than the above number due to length of being out.  This information will not only impact players salary in the future to combat the loss by the teams, but it can be possibly lessened with solid research and adjustments.

Part of the process, in my mind, of proper handling of concussions is to manage the injury correctly.  This may include actual longer periods of missing games, therefore more “lost” money, however with proper management there could be fewer injury recurrences and placing of players on the injured reserve.  There is a lot to think about, but if the owners want to see the financial impact of concussions on their teams bottom line, this is what they have.  We will be getting a final number put together for presentation as soon as possible, regardless this should be a wake up call.

I would hope that the owners and NFL understand that spending a fraction of the lost money on research and development to a TRULY independent “think tank” their investment could save them money in the long run.  In my mind the “think tank” will be honest, and most likely recommend things that the NFL may or may not want to hear.  This group would be very forthright and open in the process, it wont be easy do digest at some points in the process. I also understand that the Players Association would have some certain things to say about information and recommendations, that is why the players too should invest in this “think tank”.

However, there will be no shortage of concussions in the near future, handling them correctly from the point of injury and finding ways to abate them will only benefit the pocket books of the owners.

Thanks to NS for help on this!

Dear NFL, Owners and NFLPA, I am available for this process.

3 thoughts on “What Are Concussions Costing NFL Owners?”