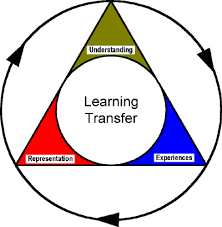 After all of the attention paid to concussions over the past year, it seems that sports, notably football and hockey at the youth and pro levels, are the some of the few aspects of society that are beginning to comprehend that a concussion is a brain injury. Sports leagues across North America are focusing more on concussion and brain trauma and are trying to understand this complex injury. Statistically speaking, I know I shouldn’t take anything away from the first week of the NFL season, nor should anything be gleaned from the treatment of a single player (Sidney Crosby) in the NHL from his brain injury over 9 months ago, but I am heartened by the apparent acceptance and the attempts to comprehend the brain injury situation in sports.

In the first week of the NFL regular season (and from the small amount of US college football that I’ve seen in the past month), I have seen several big hits that have certainly left the receiver/ball carrier hurting – and with second thoughts about attempting the same route again. These hits, however, did not involve a shot to the head, nor did the hitter use his head to make the tackle. Nevertheless, they undoubtedly still hurt, they may have knocked the wind out of a few players, left them sore with aching muscles the next day, but they’re pro athletes, it’s not like these are strange situations for them to find themselves in. They’ll get rest, ice, massage, and they’ll be ready to play the next game. They know how long their recovery needs to be and they have a team of doctors and other medical professionals right there to treat and advise them. This is one of the most obvious differences between pro athletes and the large majority of society when it comes to brain injury.

Most (but definitely not all) of society simply associates brain injury with the stereotypical crazy brain-damaged character seen on TV or movies; you know, that guy who’s slamming his head into a padded wall, mumbling about how his cat is planning the overthrow of the government. Many athletes have seen the other, more pervasive symptoms of brain injury, they’ve seen that even innocent looking hits, falls and collisions can have long-term effects on a person’s mental and physical state; from terrible headaches to energy-sapping episodes of fatigue.

That’s not to say that other parts of society don’t know of these symptoms of brain injury and it’s certainly not to say that a brain injury can’t have more devastating effects to a person’s psyche. It’s just so much easier to associate an injury with one symptom. Especially since brain injury has always been thought of as relatively uncommon. To quote George Clooney in Up in the Air, “I stereotype. It’s faster.”

A concussion – or a mild traumatic brain injury – is not isolated to sports or athletes. Nor are its symptoms. As John gets into his car, he knocks his head on the door, it hurts, but he goes about his day as usual. He’s oddly tired all day, yet that night, he has trouble sleeping (see the author of The Concussion Blog, Dustin Fink) and he can’t figure out why. The next day it’s more of the same, but it gradually improves over a few days. John never even thinks about seeing his doctor and he never associates the knock on the car door with his fatigue and problems sleeping. A pro athlete’s immediate access to a team of doctors clearly separates his or her situation to that of ‘John’, but that’s not to say we shouldn’t learn as much from a pro athlete’s concussion as we should from John’s.