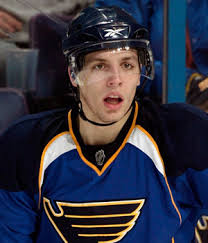 It has been difficult to get professionals to talk about concussions, not only the injury but the recovery from the injury.  Puck Daddy of Yahoo! Sports has posted an interview with St. Louis Blues player David Perron.  It is some good stuff to read;

What do you think is the biggest misconception about concussions?

It’s tough. When you look at the person, he looks normal. I know myself when I’d go in the room last year, I looked normal to the guys and they would ask how I was feeling. And after a while it kind of gets on your nerves a little bit to get asked 30-40 times a day how you’re feeling. You understand the people around your team are caring about you, but you’re trying to get your mind off of everything and hopefully recovering quickly.

I think the biggest thing is, END_OF_DOCUMENT_TOKEN_TO_BE_REPLACED 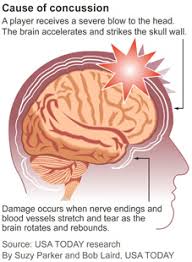 The AP produced some results from a survey about concussions in the NFL; END_OF_DOCUMENT_TOKEN_TO_BE_REPLACED 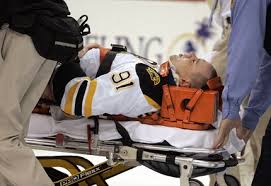 This is one very good article, hockey fans take a look at this, in case you missed it.  I believe that Nicholas J. Cotsonika has done everyone a service looking into this issue.

“He was on a panel where one of the panelists said the pro teams don’t care about their players, and what I said to Chris was, ‘Don’t you dare ever let anyone say that again,’ ” Burke said. “I said, ‘We’ve got to continue doing the work you’re doing, but we’ve got to play this game, too.’ “

Nowinski said they spoke for about 15 minutes. He said it was a good conversation, but a private one.