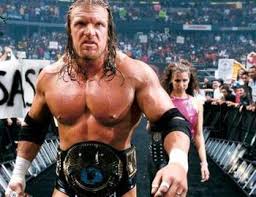 HHH and Undertaker both have been fined by the WWE for the chair shot during the event, as we posted from Irv Muchnick Monday.  Muchnick followed up his reporting with today’s post indicating the fine and statement from Vince McMahon.

Muchnick will continue to follow this story be sure to check back at his blog for more information. 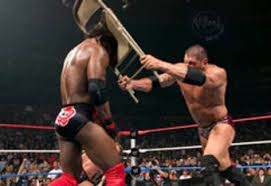 Irv Muchnick has been through a lot in digging up information about head trauma, steroids, and other issues related to what he terms “the cocktail of death” in pro wrestling.  However, the seemingly endless roadblocks has not stopped him from great fact-finding in an effort to make the issue of head injuries, in particular CTE transparent.

Muchnick has an exclusive find as posted today on his blog;

In his latest letter to me last year threatening to sue me for my reporting, World Wrestling Entertainment lawyer Jerry McDevitt pointed out that Dr. Bennet Omalu’s study of dead wrestler Chris Benoit’s brain was not published in a peer-reviewed scientific journal until 2010, and then only in “an obscure nursing journal.” See “New Threats From WWE Lawyer Jerry McDevitt,” December 17, 2010, http://wrestlingbabylon.wordpress.com/2010/12/17/new-threats-from-wwe-lawyer-jerry-mcdevitt/.

After wading through all difficulties he has found and praised Neurosurgery for their restructuring including changing editor-in-chief;

However, I understand that Oyesiku was named to replace Dr. Michael Apuzzo as editor of Neurosurgery with a mandate that included reversing the journal’s perception as a de facto NFL house organ for academic articles answering loaded questions, which in turn served the commercial interests of the league and its contract doctors and business partners. Apuzzo, a consultant for the New York Giants, had overseen the publication of a decade’s worth of controversial studies on aspects of brain trauma in sports – including the 2006 article on the Riddell helmet manufacturer’s new design, which was co-authored by the company’s chief engineer and by Pittsburgh Steelers team neurologist and imPACT software entrepreneur Dr. Joseph Maroon, and is now the focus of a Federal Trade Commission probe of Riddell’s allegedly misleading promotional claims.

Muchnick also penned some inconsistencies in regards to CTE information provided by the WWE and what they (medical director, Dr. Maroon) actually knew: END_OF_DOCUMENT_TOKEN_TO_BE_REPLACED

Irvin Muchnick of BeyondChron out of San Francisco wrote an article about the concussion issue reaching a critical mass both in sports and in the political arena.

He makes great points about the start of the investigations into the long-term effects of concussions, crediting Chris Nowinski of the SLI and formerly of  World Wrestling Entertainment (WWE).  We have shed a bright light on the issue many times here, however the angle that Muchnick takes is into the political scene.  With the election of Richard Blumenthal in Connecticut (home of the WWE), he feels that more attention needs to be given to the matter of concussions.

Although we as sports fans are not looking for an overhaul of the “distractions” we enjoy, particularly on Sundays in the fall, the impetus is now, and with help we can come up with resolute actions to protect EVERYONE.  This includes the professionals all the way down to the youth, and back up to the recreational athlete.   Plus, do not forget about the general public, as this is not a sports-only issue.  Sports will be the vehicle to get the action Muchnick is looking for.