A group of researchers including R. Dawn Comstock released data, published earlier this year, regarding concussions what was initially found is not surprising, or shouldn’t be;

Of 14,635 high-school sports injuries reported during the 2008-10 school years, 1,936 (13.2 percent) were concussions, according to an epidemiological study published in January in the American Journal of Sports Medicine. This was nearly twice the rate reported in earlier studies of high-school athletes.

Part of the reason the increase exists is because of the inclusion of boys hockey and lacrosse, however taking that away there would be a significant increase otherwise.  This too can be attributed to the increased awareness and better assessment of concussions.  It is of my opinion that we are just now on the verge of finding the “true” rate of concussions, for many years it has been under-reported due to the lack of understanding/awareness (also an issue with general and serious injury tracking as well, see Matt Chaney)

What makes this research “eye-opening” is what the researches found about recovery; END_OF_DOCUMENT_TOKEN_TO_BE_REPLACED 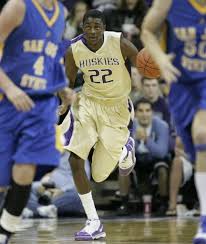 Percy Allen of the Seattle Times covers the University of Washington basketball team, and has a blog report that deals in part with Justin Holiday and his concussion.  Holiday is just returning from his concussion he suffered on March 5th and Allen interviewed him about how it has been going.

“I really didn’t feel comfortable shooting them because of my concussion,” he said. “I was a little light-headed at times and I thought other guys could have made a better shot than I could have. It was really just being out there for the team. I wasn’t shooting as well and I wanted to make sure we got the best shot up possible in the game. And helping in ways I knew for sure I could get things done.

(How can you get better?) “Just rest. It’s most definitely gotten better. Resting all week. Other than the games. These couple of days of rest are going to help me most definitely. I feel better now than I did when we left. I feel that can get cleared up all the way and go out there and produce.”

(How close were you to sitting out?) END_OF_DOCUMENT_TOKEN_TO_BE_REPLACED