If you recall during the Tour de France there was a couple of bike wrecks that ended cyclists run at the Yellow Jersey.  One in particular involved Chris Horner, he was caught on video after the stage with obvious signs of a head injury/concussion.  Hearing that he wanted to continue was not a surprise, as most athletes will do anything to keep on going, what has since become clear via his own writing/blog is how bad he was;

The first thing I remember following my crash on Stage 7 of the Tour de France was sitting in the hospital bed talking to the team doctor. The only problem was, it was the NEXT morning! I was mid-sentence in my conversation with Dag when I finally became conscious of where I was and what was going on. Before that, whatever conversation we’d had, whether it was after the race, on the way to the hospital, or even in the hospital, I don’t remember having. Who Dag was talking to all that time, I don’t really know, but he said the guy sounded and acted just like me, strangely enough! 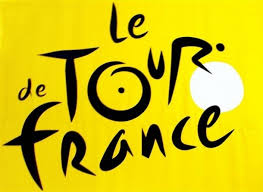 “I was a danger for the other riders, too. I think I suffered a concussion. Noise, colours… I couldn’t stand them. A honking car that passed was echoing a thousand times in my head. Yesterday was a dark day – due to the rain – and maybe that’s why it went better.” END_OF_DOCUMENT_TOKEN_TO_BE_REPLACED