I had seen this but caught it again in a below article, the AMSSM released its position statement on concussions recently.  Most of those involved in writing this were in Zurich last November and this comes out about two months before the consensus statement is released in the British Journal of Medicine.  (pssssst – it is also going to have a release in Australia, in conjunction with the AFL Concussion Conference and first round of games and I am still looking for a sponsor)

I found one piece of this position statement very encouraging and made me smile for all the hard work others have done;

* Students will require cognitive rest and may require academic accommodations such as reduced workload and extended time for tests while recovering from concussion.

The rest of the statement is not really “Earth shattering” but there are interesting points in there;

* In sports with similar playing rules, the reported incidence of concussion is higher in females than males.

* Certain sports, positions, and individual playing styles have a greater risk of concussion.

* Youth athletes may have a more prolonged recovery and are more susceptible to a concussion accompanied by a catastrophic injury.

* Balance disturbance is a specific indicator of concussion but is not very sensitive. Balance testing on the sideline may be substantially different than baseline tests because of differences in shoe/cleat type or surface, use of ankle tape or braces, or the presence of other lower extremity injury.

* Most concussions can be managed appropriately without the use of neuropsychological testing.

* There is increasing concern that head impact exposure and recurrent concussions contribute to long-term neurological sequelae.

* Some studies have suggested an association between prior concussions and chronic cognitive dysfunction. Large-scale, epidemiological studies are needed to more clearly define risk factors and causation of any long-term neurological impairment.

* Primary prevention of some injuries may be possible with modification and enforcement of the rules and fair play.

* Helmets, both hard (football, lacrosse, and hockey), and soft (soccer, rugby), are best suited to prevent impact injuries (fracture, bleeding, laceration, etc) but have not been shown to reduce the incidence and severity of concussions.

* There is no current evidence that mouth guards can reduce the severity of or prevent concussions.

Anyone catch the X-Games this past weekend?  Action sports are on the rise and the X-Games END_OF_DOCUMENT_TOKEN_TO_BE_REPLACED

The Ivy League once again takes proactive steps in regards to concussions.  After reducing contact days in football last year, the league Presidents approved similar changes for lacrosse and soccer;

The league announced Monday that its presidents accepted a series of recommendations made by a committee, including the possibility of suspension for hits to the head. The changes, which also will limit the amount of contact in practice, will take effect this fall for men and women.

The recommendations call for continued emphasis on educational initiatives. Consistent with current protocols, preseason meetings will emphasize learning and recognizing the signs of concussions, as well as the importance of reporting symptoms of concussions.

The Ivy league will next turn its attention on hockey.

I truly appreciate what the Ivy League is doing; non-radial with little to no cost moves that will be reassessed as time goes on.  I don’t know why it takes the smartest schools to make simple changes.  Honestly do you think they were the first to figure out that decreasing exposure will decrease concussions?

Lester Munson of ESPN gives a insiders perspective of the law suits the former NFL players have filed;

The numbers are reaching the point where the litigation now qualifies as “mass tort,” a legal term that has been used to describe litigation on tobacco, asbestos and toxic medications.

The players are also demanding in a separate class action lawsuit that the NFL fund a program of medical monitoring for all former players (even those who did not play enough to qualify for retirement benefits), a program that would provide periodic examinations for early signs of concussion damage. The number of retired NFL players is uncertain, but players’ lawyers and their union estimate that there are at least 20,000 players who END_OF_DOCUMENT_TOKEN_TO_BE_REPLACED

Cleveland Browns’ team physician spoke at the rookie symposium to warn the incoming players not to hide symptoms of concussions;

At the rookie symposium, Shickendantz said the league cares about the players’ well-being.

“Our only agenda is your health and safety,” he said. “It’s about you, not about us.”

Check out Michael David Smith’s quick take on Shickendantz being the selected speaker.  It will be very difficult to change the culture at the professional level (see money), it needs to begin at the youth level.

He may have took the time to address the concussion issue, however Steve Young really said nothing about concussions.  Even downplaying his own concussions during his career.  However he does feel the NFL is on the right path;

“I saw a quote from one of the players who suspected that in 20 years it wouldn’t be football any more,” Young said. “I think that scared everybody.”

However Young believes the NFL is taking proper steps to make sure today’s players won’t be as affected in the future by concussions.

“The league is getting serious about it and they know that it is important,” he said. “Now they have a whole way of dealing with it and there’s a protocol for how it’s handled. I talked to Aaron Rodgers and Tom Brady about this recently and both felt very strongly that they’re getting the best care. Once you have a concussion, it is very hard to get back on the field.” Agreed on all fronts with Florio here, its tough to sell an END_OF_DOCUMENT_TOKEN_TO_BE_REPLACED 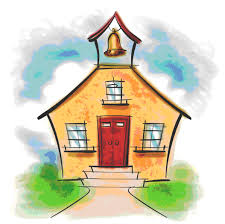 A: Normally occurring protein in the brain with a function, but in overabundance it has been implicated in CTE; END_OF_DOCUMENT_TOKEN_TO_BE_REPLACED

It has returned, the Quick Hitters…  Let’s begin…

Toradol and concussions, not such a good combination and former NFL players are suing the league for its rampant use;

It’s one of about a half-dozen suits filed against the NFL in recent months by past players who say the league did not do enough to protect them from concussions. As in other complaints against the league, the latest criticizes the NFL’s original committee on brain injuries and says the league concealed risks of concussions.

“The difference with this case is what we’ve learned from our players is that they used to administer a drug called Toradol, which is basically a painkiller … even when players didn’t have symptoms,” Seeger said in a telephone interview. “Our experts say that’s the worst thing you can do for a brain injury or a concussion.”

I have witnessed the pregame ritual of Toradol injections (to clarify not in an NFL locker room), and for some cases it was the only way players could play.  However Toradol is intended for trauma and can mask a lot of issues/pain including symptoms of concussions.  In fact the use of Toradol has been banned in Europe for certain uses.