Although the article does not say, one can assume due to the nature of the sport the concussion Lee had in Spring probably was not his first.  It is tough to be a college recruit for any sport, but football may be the toughest.  After all the teams are looking for the best END_OF_DOCUMENT_TOKEN_TO_BE_REPLACED

Last October, Purdue University released their first study on concussions and hits that high school players take in a season.  The take-away message from that initial study was;

Purdue researchers who monitored the helmets of 21 Lafayette Jefferson High School players found that players may be damaging their brains even if they have not been diagnosed with a concussion.

“The most important implication of the new findings is the suggestion that a concussion is not just the result of a single blow, but it’s really the totality of blows that took place over the season,” said Eric Nauman, an associate professor of mechanical engineering and an expert in central nervous system and musculoskeletal trauma. “The one hit that brought on the concussion is arguably the straw that broke the camel’s back.” 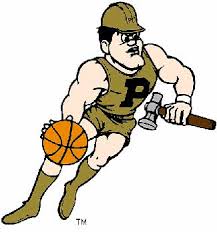 The Journal of Neurotrauma will be posting results of a new study on concussions.  Performed at Purdue University, the study looked into possible brain disruption in the absence of concussion symptoms.

The study was limited due to the low number of participants (21), but it may well lead to the expansion of these “sub-clinical” concussions and long-term effects.

One noteworthy case is Owen Thomas; his CTE and suicide, and the fact that he had never been diagnosed with a concussion.

Read the story Nat Newell wrote about this study at IndyStar.com.