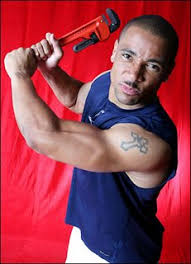 On the Dan Patrick Show Harrison spoke freely about concussions and mostly his; END_OF_DOCUMENT_TOKEN_TO_BE_REPLACED

John-Michael Liles of the Toronto Maple Leafs has had to endure the recovery from concussion in the midst of a playoff push by the team.  Having a concussion is nothing new to Liles – last year he sustained on for the Avalanche – but recovering mid-season is a whole new experience.  A process that is littered with many pitfalls; the greatest of which is pushing too hard and delaying the already arduous return to play.

Liles spoke to Jonas Siegel of TSN Canada about the problems;

For a series of seemingly endless mornings after the concussion, Liles would awake and obsessively check for symptoms, hoping they would finally disappear and he could begin the recovery process.  “Maybe you wake up and you feel good and then 20 minutes later you’re like ‘Man, I don’t feel good’,” he recalled. “It’s little things that can trigger it … You walk up a set of stairs sometimes and you’re like ‘Ah man, that was dumb’. It’s not like something where you do it and all of a sudden you’re like laying on the ground, but it’s something that you notice  where on a normal day it would be something that you wouldn’t even think twice about.”

Liles points out something that needs to be clearly understood, END_OF_DOCUMENT_TOKEN_TO_BE_REPLACED 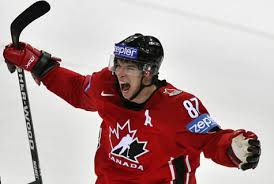