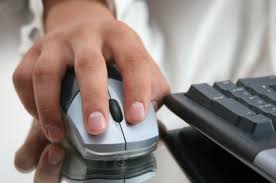 Chaney takes clear aim at ImPACT during the article; END_OF_DOCUMENT_TOKEN_TO_BE_REPLACED