So at 3:15pm EST the NFLPA will hold a news conference to discuss some “goings on”; the biggest nugget in this presser will be the announcement of a 100 million grant for Harvard over 10 years to study them.  All aspects of player health is the word I seem to be getting.  Which is good, because for a long time the former player has been neglected and has led to current and future players taking risks their bodies will not be able to cash in down the road.  I believe you can catch it live on YouTube as well, perhaps someone can provide the link in the comments…

In other NFLPA news, Deadspin and Barry Petchesky wrote about how players are overwhelmingly disenfranchised with the medical care they receive as a big-bad NFL player;

An NFLPA study, the results of which were obtained by the Washington Post, finds that the vast majority of players have serious doubts about the care they’re provided.

The NFLPA asked its players to gauge on a one to five scale how much they trust their team’s medical staff. Seventy-eight percent of respondents said five, meaning they’re not satisfied at all. An additional 15 percent said four, and just three percent responded to the question with a one or a two.

“The most troubling aspect of the survey for me is that lack of belief that the doctors are treating them for their players own health, safety and wellness reasons,” DeMaurice Smith said.

Perhaps this is why the NFL is entrusting the elite Harvard to study such things and happenings to players over a long-term time frame.  Petchesky  also takes part of the article to touch on the conflict of interest (COI) that is VERY rampant on the NFL sidelines concerning medical care.  If you have followed and read here long enough you will know it is something that we have been harping on for over two-year and one of our illustrious commentators, Don Brady, has written a dissertation that includes this problem.

Simple facts are that the team athletic trainers are paid by the team, not the players, and in a majority of NFL clubs the “team doctor” is actually paying for the privilege.  In a business model, it would appear – in my humble opinion – that the teams are making sure their priorities are met when it comes to injuries.  NOW HOLD ON…  There are some very outstanding athletic trainers and doctors that roam the hallowed sidelines of the National Football League, and they are VERY VERY VERY good at what they do, but the appearance – TO THE ACTUAL PLAYERS – is that their medical care may not be in their best interest.

I am not throwing anyone under the bus here, I am merely END_OF_DOCUMENT_TOKEN_TO_BE_REPLACED

Last week The Aspen Institute hosted a round table discussion on “Playing Safely: The Future of Youth Football” to address growing concern about the epidemic of concussions on our youth.  It should be noted that professional athletes are both more mature (in size and brain development) and are adults who can make informed consent decisions.  The issue this panel discussed was for the youth football.

The speaking list was both wide and deep including: DeMaurice Smith, NFLPA, Dr. Gerry Gioa, Chris Nowinski and Dr. Robert Cantu amongst others in attendance;

At the Aspen Ideas Festival in June, a panel featuring concussion experts and former NFL players considered the health safety risks of playing football. Since then, concerns have sharpened, with many parents of young boys saying that tackle football should not start before age 14. At the same time, football also plays a role in addressing the epidemic of physical inactivity. Our roundtable dives deep into the state of football at the youth/community level with a discussion on reforms — and implications on the game up to the professional level. That is just one of the many questions surrounding concussions, especially with professional, adult athletes.  It is true; a fully END_OF_DOCUMENT_TOKEN_TO_BE_REPLACED 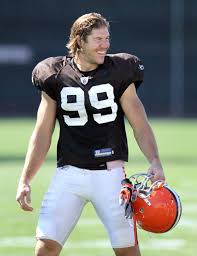 Because of this Fujita has told Peter King and myself that there will be dialogue on the matter of placing someone truly independent on the sidelines to avoid the situation; END_OF_DOCUMENT_TOKEN_TO_BE_REPLACED