Coming to a bookstore and TV near you today is “League of Denial” a book and documentary about one of the dirty little secrets the NFL has been avoiding for some time.  Fortunately, I have been provided with advance copies of both; the Frontline film was easy to digest, as for reading a book, well we can just say I am trying to read as fast as possible.

I was reminded quickly, yesterday via Twitter, that I may lack valuable perspective when it comes to concussion information (and that I am not normal – this is not breaking news).  Will Carroll of Bleacher Report let me know that this information will be new to a lot of people out there.  He is exactly right, not only that, this documentary will be easily digestible for the fan of football.  For any person just wading into this, when you tune into PBS tonight to view “League of Denial” you will be absolutely hooked from the start.

The sounds of the crowd, visuals of big hits grab your football part of the brain IMMEDIATELY, over those sounds you will quickly discover the problem NFL players have faced with brain injuries playing their sport.  Harry Carson saying “and then they are gone” when talking about former players.  A bold statement that the level of denial was “just profound.”  An NFL lawyer saying “we strongly deny those allegations that we withheld information or misled the players.”  And more video and sound of punishing hits that used to fill the highlight reel bring the opening curtain of this very important documentary.

This problem is real – it’s not just real for the professionals – and from the get go Frontline makes you understand, vividly and personally, why this is.  After listening to old radio calls of the Steel Curtain it all begins with the story of Mike Webster and the forensic pathologist who studied his brain, Bennet Omalu.

The discovery of a possible reason one of the most respected and lauded players in Pittsburgh sports pantheon fell from grace and eventually found and early demise.  If the football portion of your brain does not connect to what is being presented then I would haphazardly guess that you are not ingrained within the fabric of football.

As Harry Carson explains how the game was played and to some extent how it’s still played you can begin to understand the issue at hand.  This is hammered home when Robert Stern, PhD tells the audience blows to the brain are at forces 20 times greater than the force of gravity (20 G’s); or as he so eloquently put it “driving into a brick wall at 35mph”, 1,000 times or more in a season.

In the first 11 minutes of this 2 hour presentation you are at full attention and want to understand the “whats”, “whys” and “whos”.  If you are not engaged and ready for further explanation I can only say that you don’t care or want to bury your head in the sand.

Contributions in the film include END_OF_DOCUMENT_TOKEN_TO_BE_REPLACED 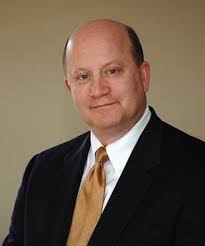 Concussion are so subjective, most cases do not involve overt signs and it is incumbent upon the player to report what is going on.  Trust is a HUGE factor for players – of all ages – but more so in the NFL where they are making a living by playing football.  Although the tests are there and meant to be as objective as possible it is still a clinical diagnosis overall.  The only health care professional END_OF_DOCUMENT_TOKEN_TO_BE_REPLACED In light of the Kris Dielman incident – playing with obvious signs of concussion – the NFL met to further the awareness and safety of the players.  If not for the game then for themselves.

The immediate action taken by the NFL is going to have the officials be more aware and implore them to whistle on medical staffs when someone is exhibiting overt signs of concussion;

“We are taking the step on officials to make them alert to obvious concussion symptoms,” Greg Aiello, the NFL’s vice president of public relations, said. “We’re not trying to train the officials to be doctors, but we’re asking them to treat it like other injuries that may make it necessary to stop the game and get them medical attention, either on the field or by getting them off the field.”

Some initially think that the officials are now being put in a position to make medical decisions, they are not.  It was a push back at the high school level END_OF_DOCUMENT_TOKEN_TO_BE_REPLACED

A quick buzz around the net on a Tuesday morning.

NHL handing out suspensions and fines like candy for illegal hits;

In the pre-season, hardly a day went by without a new video. Most players applauded the crackdown but others worried it may turn NHL hockey into no-hit shinny.

Nine players have been slapped with 31 regular season games worth of suspensions for incidents in exhibition games. Together, they will forfeit more than US$701,000 in salary.

NFL to create a better study;

The N.F.L’s first attempt at a long-range study on the effects of concussions was riddled with problems from the manner in which data was collected to conflicts of interest for those overseeing it. After criticism from outside experts and even members of Congress, the study was shut down by the league in late 2009.

The previous study run by Ira Carson, MD was a joke from the beginning and this one seems to much more transparent and studying the correct people.  Initial reports have the study examining upwards of 1,400 individuals in three groups: former NFL’ers, college football players not playing in the NFL, and a control group.  The official presentation to Commissioner Goodell has yet to occur but is going to happen soon.

Pro Football Talk was forwarded a memo about concussions and getting players off the field from the National Football League;

Under the heading, “WHEN IN DOUBT LEAVE THEM OUT,” the memo states: “If you have any suspicion about a player being concussed, remove him from the game. Always err on the side of caution.”

This is common sense – rather should be – and it is a practice that has and should be going on at the lower level of football (except in isolated cases in college see Lockergate).  I have stated and am fully aware that professional athletes can make their own informed decisions, but it is good to practice what you preach.

Irvin Muchnick is a writer and investigative journalist writing focusing mainly on the WWE.  Muchnick has been heavily involved in the concussion issue in the WWE and its crossover as well.

Irv has written two articles in succession that take a look at the concussion issue and the NFL.  In the first Muchnick examined the recent (March 2010) change in  title of the NFL “head and neck committee”;

In March 2010 the NFL’s concussion policy panel, called the Mild Traumatic Brain Injury Committee, got a new name and new co-chairs. Now known as the Head, Neck and Spine Medical Committee, it is jointly chaired by Dr. H. Hunt Batjer, of Northwestern Memorial Hospital outside Chicago, and Dr. Richard Ellenbogen, of Harborview Medical Center in Seattle. Batjer and Ellenbogen replaced the disgraced Dr. Ira Casson and Dr. David Viano, who in turn had replaced the disgraced Dr. Elliot Pellman.

Though Batjer and Ellenbogen promised to sweep out the Augean stable of league head injury custodians, they have done nothing of the sort. For example, Dr. Joseph Maroon, whose corrupt involvement in this sordid history has been extensively documented by me, remains on the committee.

And in July the two new co-chairs reversed a commitment not to release an ambiguously worded NFL helmet safety study with limited or no value for the broader universe of amateur helmet consumers. In the good coverage of this narrow issue by The New York Times’ Alan Schwarz, Ellenbogen explained that he decided the study was OK “as long as statements were phrased very carefully.” Congressman Weiner blasted this “disturbing step backwards.”

More emphasis has been put on head trauma in the NFL, but I believe that Irv is merely exposing the slow process of “reform change” when it comes to brass tacks.  Although changing a stigma will not happen overnight, it can happen much quicker END_OF_DOCUMENT_TOKEN_TO_BE_REPLACED