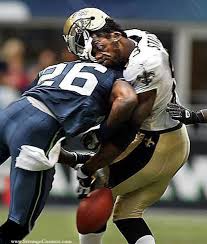 How does this all relate to the NFL?  If you look at the statement closely you will find that there is an actual section that deals with entities like the NFL and return to play on the same day.  It does not use the NFL specifically but looking at the section it is pretty logical to think that is what is meant (bolded is my emphasis); END_OF_DOCUMENT_TOKEN_TO_BE_REPLACED