I am sure many of you will see or have seen the documentaries of your favorite team winning the Super Bowl.  The past year the New York Giants won the coveted trophy and the Athletic Trainers Society of New Jersey (ATSNJ) was able to catch up with the athletic training (AT) staff as part of National Athletic Training Month;

Working as an athletic trainer for a professional team requires a lot of time, dedication and frequently some personal sacrifices.  Their typical day starts at 6am and usually ends at 5-6pm, 7 days a week for 6 months.  It’s a very tough season for someone who doesn’t love what they do.   A few minutes spent with any of the Giants athletic training staff quickly reveals that they are very knowledgeable, professional and really enjoy what they do.  Each plays a vital role in keeping the Giants players healthy and functioning at a world championship level.

It was only a matter of time before this type of information was brought to the surface.  Players targeting other players because of concussions.  Heck this happens all the time with other injuries; on a Friday night somewhere, nearly every state you will find a player who comments to another to target another players ankle because it is wrapped.

This is a “gladiator sport” and one that almost cherishes such behavior; all part of the game.  Yesterday it came to light that some of the New York Giants were specifically targeting the tragic figure of the 49ers, Kyle Williams, due to his history of concussions;

After the game, reporters crowded around the locker of Jacquian Williams, who’d forced the second fumble, hoping for an angle: Had the Giants noticed something about Kyle Williams’s technique, some weakness in the 49ers punt-return scheme? “Nah,” Williams said. “The thing is, we knew he had four concussions, so that was our biggest thing, was to take him outta the game.” 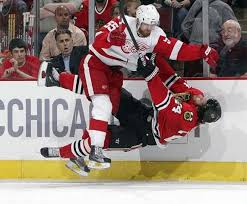 Chris Snee of the New York Giants sustained a concussion in a game versus the Seahawks, he has never experienced this injury before.  He recently gave and interview to ESPNNewYork.com and Mazzeo openly discussing what he went through;

“It was scary to think that you’re going to pass out on the field,” said Snee, who missed the Buffalo game because he couldn’t pass baseline tests during the week of practice prior to the contest. “I’ve been fortunate not to have one before.”

On Monday, Snee practiced for the first time since END_OF_DOCUMENT_TOKEN_TO_BE_REPLACED