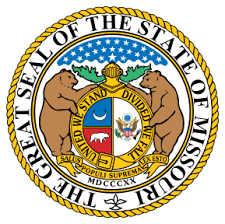 Governor Jay Nixon signed the Interscholastic Youth Sports Brain Injury Prevention Act for the state of Missouri on Wednesday.  This brings our total to 22 states that have signed legislation on the concussion front.  This Act is basic in format but puts into effect the standard information needed for concussion.

The Missouri House of Representatives have passed a bill outlining concussion legislation, as reported by the Associated Press via the Daily Reporter;

he Missouri House has passed legislation requiring high school athletes to be removed from games if they appear to have a concussion or brain injury.

Players would have to remain out of competition at least 24 hours and get clearance from a licensed medical professional before they return to play.

The measure cleared the House on Thursday by a wide margin and goes now to the state Senate.

Sponsoring Rep. Chuck Gatschenberger, a Lake St. Louis Republican, says the measure will protect students in sports like football from being sent back into games when they’re injured.

Once again an effort that is a GOOD START, and that is all.  The bill only outlines mechanisms for HIGH SCHOOL ATHLETES only.  Again, what about the other sanctioned sports and the younger age groups?  Although the last line may be encouraging, the medical professional MUST use proper procedures, and could leave some questions about the overall responsibilities.

It seems as though I am talking at a wall when I say “look at Colorado’s legislation,” it is BY FAR the best current legislation; encompassing youth sports, and gives mechanisms for those that would see the athlete most often (see athletic trainer), to override the return to play decision.