Here at The Concussion Blog, we talk all things concussions. Concussions are brain injuries and they are definitely something we must continue to learn more about and continue to educate the youth and the parents. Dustin and I are both Certified Athletic Trainers at the high school level and I really believe that puts us on the “front lines” when it comes to concussions and concussion education. But I think something that gets lost in the whole concussion issue that a concussion is NOT a football problem; it is a SPORTS concern. This article will once again present another sport that brings its own risks of concussion and it needs to be brought forward once again. Cheerleading, girls basketball, and girls soccer are all prime examples of concussion sports that slide underneath many people’s radar. END_OF_DOCUMENT_TOKEN_TO_BE_REPLACED 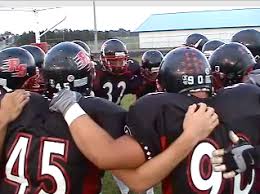 I have noticed a major change in how we have been able to manage concussions at my school since this new legislation. When it initially came out the school personnel, athletes, and parents were reluctant and upset with the new requirements. I, on the other hand, was ecstatic because it put the athletic trainers in the forefront and helped bring to light the issue of concussions along with the issue of the lack of athletic trainers in secondary schools.

I am solely responsible for concussion management at the school that I am contracted with. In August, I spoke numerous times at parents’ meetings, with the athletes, and with the coaching staff. I spoke at length with the school nurse. All of them received information from the Illinois High School Association and CDC regarding concussions. The coaches, administrators, and school nurse were also provided with the return to play protocols.

It is important that we as athletic trainers take control of concussion management. Most others are not educated to do so nor END_OF_DOCUMENT_TOKEN_TO_BE_REPLACED

Time to introduce our newest blogger; Mike Hopper.  I will let him describe a little about himself…

I am currently a certified athletic trainer working in a physical therapy clinic and providing outreach coverage to high schools in the Metro-East St. Louis area.  I graduated this past December with my bachelor’s degree in athletic training.  People ask why I would choose a profession that is relatively low-paying and has the hours that athletic training often does.

For a long time, I would say that it’s just what I love, which is true.  I love being around athletes, I love watching sports, and I have taken an interest into the healthcare of these athletes.  But it goes back to high school for why I have become so passionate about this profession.

I suffered concussions in high school.  Not a single one was ever diagnosed or even evaluated by a health care professional, but knowing what I know now, I am certain I had at least 3 of them, probably more than that.  But even 4-5 years ago, we did not know very much about concussions.  I “got my bell rung” but that was just part of being a football player.  I can remember now two specific incidents where I am certain I had symptoms that went unreported.

The first one was in a football game on a kickoff.  I got hit from behind and my facemask actually got stuck in the ground.  I got up a bit dizzy and headed for the sideline—the opponent’s.  I realized it quickly enough, but I developed a headache later.  Again none of it reported.  Then my senior year I was a catcher on the baseball team and took a foul tip END_OF_DOCUMENT_TOKEN_TO_BE_REPLACED