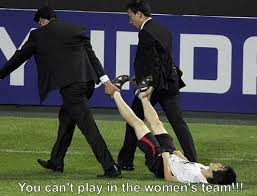 However, the debate remains about those players that don’t show overt signs of END_OF_DOCUMENT_TOKEN_TO_BE_REPLACED Tony Dorsett, NFL Hall of Fame member, was one of the most high-profile players to join the ever-growing law suits against the NFL.  It may have shocked some, however his name and now his words only go to help with the awareness of concussions, Mike Florio of ProFootballTalk writes;

“There are some good days and there are some bad days,” Dorsett told the Beaver County (Pa.) Times earlier this week, in connection with the 20th annual Tony Dorsett/McGuire Memorial Celebrity Golf Classic.  “So I am being proactive instead of inactive.”

Dorsett works out regularly and eats well, and he’s considering experimentation wit a hyperbaric chamber, a device Ravens receiver Anquan Boldin recently said he may use to assist with the health of his brain.

“I can slow the process down . . . there’s optimism about that,” Dorsett said.  “I feel if I can slow it down, I can stop it.  I’m not waiting to see if I’ll be nonfunctional.”

Dorsett believes that the concussion lawsuits, which now involve more than END_OF_DOCUMENT_TOKEN_TO_BE_REPLACED Aloof, that is one way to characterize Ricky Williams.  The one time dominant running back in the sport of football who retired early to pursue “peace” and smoke dope only to come back to earn more money has discounted the link of repeated brain trauma and degenerative brain diseases, written up by Mike Florio of ProFootballTalk;

But as his career ends (even though some think he’ll be back), Williams dismisses the link between concussions and brain damage.

Which perhaps conclusively proves it.[…]

“I’m only speaking from my personal experience, because I haven’t allowed myself to buy it, and I haven’t been affected.  Yes, I’m aware that football is a rough sport, but instead of saying, ‘Oh — I’m doomed to brain trauma,” I said, ‘What can I do about it?’  And I just started taking care of my body.  I found people, places, and things that really helped me — again, I don’t know what’s going to happen to me in 10 years, but I look at the other things I’ve learned about, and the way I see the world.

Maybe it was his dreadlocks that provided extra protection when he played, or perhaps END_OF_DOCUMENT_TOKEN_TO_BE_REPLACED Agreed on all fronts with Florio here, its tough to sell an END_OF_DOCUMENT_TOKEN_TO_BE_REPLACED

If you have followed for the past few months you will notice a big increase of posts on one journalists offerings: Mike Florio.  He has taken up the “professional” version of what we have been doing for the past 16 months here on The Concussion Blog.  Although Florio was not an initial proponent of the athletic trainer looking down from above, it seems that he has warmed to the idea.

What that move has done is begin the motion of putting independent neurologist on the sideline/stadium for the evaluation process.  Florio has outlined the basic premise as to why it makes the best sense, but in his most recent post he makes the strongest case yet; END_OF_DOCUMENT_TOKEN_TO_BE_REPLACED

Not long after that, Dustin Keller of the Jets jumped in the air and landed on his back/head.  The officials did a good job of summonsing the med staff to Keller.  Keller was subsequently removed evaluated on the sideline and locker room, where it was determined that he did not suffer a concussion.  In an extremely rare occurrence, the Jets medical staff answered questions END_OF_DOCUMENT_TOKEN_TO_BE_REPLACED

Mike Florio has been hot on the concussion subject from the beginning of the season, pointing out potential flaws and “double-standards” that have presented themselves.  As we mentioned in the Week 7 Report, Kris Dielman of the Chargers sustained a blow that showed OVERT signs of a brain injury and he continued to play.  Not only that on the plane flight home he encountered a grand mal seizure, another very serious sign of brain injury.

Apparently the league looks into all injuries, but this one will garner a much different set of eyes; the circumstances surrounding the concussion (diagnosed AFTER the game) will be scrutinized;

For those of you who have the game stored on a DVR or access to NFL.com’s Game Rewind service, fast forward to 12:30 of the fourth quarter.  On that play, Dielman pulls from his left guard position toward the right side of the line, dropping his head to block Jets linebacker Calvin Pace.  Dielman then reels away from the block, takes several steps, and lands on the ground.  He stumbles to his feet, and Jim Nantz of CBS points out that Dielman is “a little shaky and wobbly.”

You know the rest of the story from here.  The typical coach speak after the event by Norv Turner not only made me cringe, but Florio also seems to think the same thing; END_OF_DOCUMENT_TOKEN_TO_BE_REPLACED

We have discussed the NFL policy on concussions from preseason until last week when we discussed the apparent “dirt in the eye” issue that Vick dealt with.  We have even delved into some of the concerns and issues that face team medical staff’s when dealing with injuries, especially with high-profile athletes;

This has been a major issue in all professional sports; who pulls the most weight?  The athlete, coach, agent, owner or medical staff.  I would like to think that the organization would hire very competent medical staff’s (except some “team doctors” actually pay for the privilege), that would make decisions based upon safety.  I do know the AT’s do get a check from the organization so if they are hired by the club then shouldn’t they be listened to?  I mean, coaches are hired to make play calls and players are hired to run said plays, do the organizations meddle in their business (see Jerry Jones).  I would expect that teams would allow the AT’s and doctors to do what is right, and with that hope that the medical teams forgo score/importance and be proactive.

There was a specific line in the most recent NFL memo that sparked the above comment from me; “the NFL is telling medical staffs that they have the authority END_OF_DOCUMENT_TOKEN_TO_BE_REPLACED

Mike Florio of ProFootballTalk does a great job of covering the NFL.  He has great observations and fact based information that those who read about the league find informative and refreshing.  One such entry from Florio came today in his Week 4 10-pack;

Time and again, we see a player who apparently has suffered a concussion, but whose injury receives a different label altogether.  Whether it’s neck or head or jaw, teams know that mere utterance of the “c” word knocks a guy out for the entire game.

On Sunday, the Steelers said that linebacker James Harrison suffered an eye injury.  Harrison insists that he didn’t suffer a concussion, claiming that the forehead pad in his helmet hit him in the eye after he made a tackle.

The only problem with this is that the injury appeared to happen on a helmet-to-helmet hit from Texans left tackle Duane Brown, and the video doesn’t show any padding sliding into Harrison’s eye.  And he didn’t make the tackle on the play. END_OF_DOCUMENT_TOKEN_TO_BE_REPLACED