Inherent risks, of life and sport, are a constant issue none more controversial than concussions.  The truth of the matter is that concussions will occur in life without sports so playing: hockey, lacrosse, basketball, baseball, water polo or any sport comes with differing amount of risks/chances of concussion.  By playing those sports we should understand those risks and be willing to accept the chances of injury, particularly concussion.

As we have stated close to eleventybillion times now; the actual injury of concussion is not the issue of this crisis, rather it is the mismanagement of the injury that is the problem.  In other words it’s not the sports fault for concussions, it the people’s fault for not taking this brain injury serious.  Even worse, it is people in positions of power that have caused many to be “mishandled” after injury, bringing us to where we are today.

This is where Derek Sheely comes in; this young man died on a football field in Maryland as a result of head trauma and the purported facts in the case are very scary;

We have stated on here that legislation is only a small step in the way of stemming the concussion issue.  Awareness is the of the highest priority for the general public (and partly for the medical providers) and both Maryland and Indiana reported some good news today.

In Maryland the State Board of Education discussed the information that Parent Advocate Tom Hearn presented in May.  The Baltimore Sun has the report;

Thomas Hearn, a Montgomery County parent whose son received a concussion playing football at Walt Whitman High School, has testified before the state school board and Montgomery County school board, asking members to consider requiring parents to get more training in recognizing the signs of concussions and limiting the number of contact practices. He said the new state law doesn’t go far enough.

High school students can still have contact practices twice a day and five days a week, Hearn said. While there are no reliable statistics on how many of the 115,000 athletes in public schools in the state suffer concussions while playing sports, he suggested that if you extrapolate from the experience of Virginia school systems that have kept careful records, there may be as many as 6,000 a year in Maryland.

“Between now and the start of football season in August, you need to consider why you shouldn’t at least adopt the NFL and Ivy League limits for Maryland high school football,” Hearn said in his testimony before the board last month.

The limits are intended to reduce the number of concussive hits players experience. Tackles or hits also can produce subconcussive injuries that do not have symptoms but over time have been shown to increase the risk of long-term health issues. 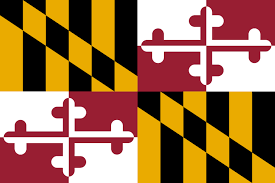 These really slipped under the radar, but Maryland not only enacted one bill, but two.  Each chamber’s sponsored bill was accepted and signed into law by Governor Martin O’Mally on May 18th; each legislative piece will be in effect on July 1, 2011.

Maryland becomes the 15th state to enact concussion legislation, by our count.