In July this blog broke the news that Canada was facing its first law suit based on concussions in their professional football league.  Since that time there has been plenty of information, misinformation and general commentary about this issue in Canada.  The fact remains that this is a long way from getting settled, if you remember correctly the concussion issue in America took over a year to get “settled” and even now it is not completely final/finished.  Although there has been coverage in Canada (which has limited this blogs need to post/present about it) Terry Ott continues to beat the trail and get information to  present in his unique way.  With that backdrop I give you Mr. Ott’s latest filing…
==========
DEE-FENCE!
“Absence Of CTE” Doctor Files Defense in CFL Arland Bruce Concussion Lawsuit, But Claims to be “Outside The Knowledge Of” On Many Relevant Concussion Issues
HAMILTON
September 23, 2014

Just as it was a long way to Tipperary, it is surely a long way to go before the Arland Bruce III concussion lawsuit against the CFL, its member clubs, CFL Alumni director Leo Ezerins and Dr. Charles Tator and Krembil Neurosciences Center (KNC) ever comes close to a courtroom, or even any kind of resolution.

However, the legal equivalent of a punt has begun, and court documents obtained for this story provide for a very interesting if limited insight as to what can be expected in this first of its kind case in Canada.

On Sept. 10, the Vancouver BC firm of Harper Grey LLP, and attorney Nigel Trevethan filed a defense on behalf of Dr. Charles Tator,  denying or described as “outside the knowledge of the defendant” all but three parts of Bruce’s claim, only excepting that:  1. Tator is affiliated with Krimbil, 2. the KNC is based in Toronto,Ont. and 3. that Dr. Tator is the director of the Canadian Sports Concussion Project; these are the only facts that “are admitted” in Bruce’s 47 page statement of claim.

And while much of the above is pro-forma legal to-and-fro tiddlywinks, some of the “denied” and “outside the knowledge of the defendant” defenses as described in the Tator response to the civil claim are, ah, questionable to this reporter. (See attachments provided below.)

For instance, according to the filed document of defense Dr. Tator denies that he knew or should have known that:  END_OF_DOCUMENT_TOKEN_TO_BE_REPLACED

The Filed Claim in its entirety can be found HERE.

You will notice the very wide scope and various Defendants.  Certainly it will have to go through the process up in Canada however, it will definitely get some attention:

The @concussionblog reporting that the #CFL is about to face first concussion lawsuit. Reason behind early-season flags?

Make of this what you will… 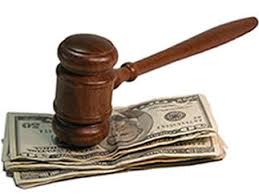 Belson makes some valid points on behalf of both the players and the league; END_OF_DOCUMENT_TOKEN_TO_BE_REPLACED

It is the first of its kind, a class action law suit that not only includes the seven plaintiffs, but can include everyone that played in the NFL.  The plaintiffs are: Jim McMahon, Joe Thomas, Ray Easterling, Wayne Radloff, Gerry Feehery, Mike Furrey, and Steve Kiner.  They span a football career collectively from 1970 to 2010.  The other suit filed in Los Angeles with 75 plaintiffs is more specific to the “quelling” of research and includes a helmet maker as well.

The players accuse the league of training players to hit with their heads, failing to properly treat them for concussions and trying to conceal for decades any links between football and brain injuries.

The plaintiffs include two-time Super Bowl champion Jim McMahon, who has said he played through five concussions but now frequently walks around “in a daze” and forgets why he entered a room.

The suit accuses the NFL of negligence and intentional misconduct in its response to the headaches, dizziness and dementia that former players have reported. The suit, filed Wednesday, seeks medical monitoring along with funds to pay for the care of injured players.

The league has yet to see the suit but is contesting the claims being circulated in the press.