For a long time the “father” of CTE, the first pathologist to find/identify the disease in an American football player, Bennet Omalu has been relatively quiet; going about his normal business and continuing his work with CTE.  Last week he was highlighted on the ESPN Outside the Lines/PBS Frontline story about the Junior Seau death aftermath.

Even more recently Dr. Omalu was invited to speak at the 2013 Football Veterans Conference – a sport specific event put on by Dave Pear and his blog;

Well, we just wrapped up our 2013 Football Vets’ Conference in Las Vegas at the South Point Resort and it was our best yet! In two packed days, we covered everything retired football players need and want to know, from concussion lawsuits to CTE to visual rights and everything in between. Our sessions were packed and no one wanted to miss a single discussion. And thanks to the amazing Jennifer Thibeaux, all of our discussions from Friday are already processed and uploaded so you won’t have to miss a minute of it either!

Thanks to Dave we can bring you the entire talk by Omalu – although over an hour its worth your time. 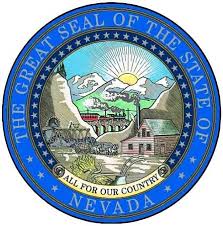 Clark County, in Nevada, also the county of Las Vegas has a concussion policy that is very stringent and comprehensive.  The Las Vegas Review-Journal ran a story about a very good football player and his return from concussion.  The focus of the article was the policy that Clark County put in place back in 2008.  The fact that it was installed two years ago show the forethought and proactive nature of this area in concussions.

The school district’s procedure issued in August 2008 expanded rules for head injury management that were already in place. The procedure states that an athlete who has suffered a concussion cannot return to practice or competition until having clearance from a physician, an approved score on a computerized neurocognitive test called ImPACT and three consecutive days of directly supervised physical exertion under a licensed athletic trainer. The physical exertion consists mostly of running at gradually faster speeds.

The procedure also calls for a 10-day follow-up by the athletic trainer upon the athlete’s return to practices or games. If the athlete still shows signs of a concussion — including symptoms such as headaches, dizziness or problems with vision and memory — the process starts over.

“There are as many as five different medical professionals involved in that process,” said Jim Porter, who serves as Cimarron-Memorial High School’s athletic trainer and Select Physical Therapy’s area medicine coordinator. “(The procedure) has safeguards to make sure we’re doing everything we can do that when they come back, they’re not more prone” to further, serious injuries.