Today Kris Dielman – possibly the NFL poster boy for playing through a concussion – will announce his retirement.  This is a change of heart within the past few months as Dielman had indicated that he would take the health risk to win a championship.  Coverage from ESPN.com;

“I love this game. I’ve given it everything I have,” Dielman said in a statement on the team’s website. “It’s time for me to focus on my future and my quality of life.

END_OF_DOCUMENT_TOKEN_TO_BE_REPLACED

Kris Dielman would most likely do it all over again.  In a piece done by the Associated Press and posted on ESPN, Dielman explains that the drive for the ring would make him do dumb stuff;

“This was definitely a scare,” said Dielman, known for his hard-nosed, blue-collar demeanor. “Waking up in the hospital with my wife standing over me, that was pretty scary. I don’t scare easy, but that was something different.”

Dielman went on to explain that having a family and kids would most likely make the decision harder, if it were to happen again, to return.  This is the first opportunity the media has had to talk with Dielman, as players on the IR are not allowed to be interviewed by the press.

Marc Staal makes return to ice in Ranger uniform, outdoors in Philly.  Staal had been out since February last year END_OF_DOCUMENT_TOKEN_TO_BE_REPLACED 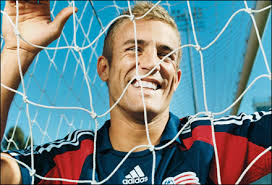 Quite possibly one of the worst revelations we have seen in sports an athlete, professional soccer player Taylor Twellman, was intentionally misled into playing; END_OF_DOCUMENT_TOKEN_TO_BE_REPLACED

Mike Florio has been hot on the concussion subject from the beginning of the season, pointing out potential flaws and “double-standards” that have presented themselves.  As we mentioned in the Week 7 Report, Kris Dielman of the Chargers sustained a blow that showed OVERT signs of a brain injury and he continued to play.  Not only that on the plane flight home he encountered a grand mal seizure, another very serious sign of brain injury.

Apparently the league looks into all injuries, but this one will garner a much different set of eyes; the circumstances surrounding the concussion (diagnosed AFTER the game) will be scrutinized;

For those of you who have the game stored on a DVR or access to NFL.com’s Game Rewind service, fast forward to 12:30 of the fourth quarter.  On that play, Dielman pulls from his left guard position toward the right side of the line, dropping his head to block Jets linebacker Calvin Pace.  Dielman then reels away from the block, takes several steps, and lands on the ground.  He stumbles to his feet, and Jim Nantz of CBS points out that Dielman is “a little shaky and wobbly.”

You know the rest of the story from here.  The typical coach speak after the event by Norv Turner not only made me cringe, but Florio also seems to think the same thing; END_OF_DOCUMENT_TOKEN_TO_BE_REPLACED