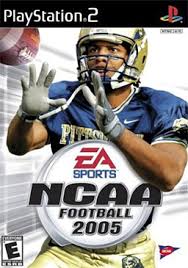 There are times when surveying the injuries of a said sport are handy in discerning a problem or a trend, you see it every week with our data analysis of NFL concussions (also Aussie Rules Football, MLB, NBA and NHL).  One section of sport I learned early on that was difficult – at best – to track were NCAA or lower level concussions.  Not only does HIPAA prevent a lot of that information from coming out, there are so many programs/teams it’s a massive undertaking.

Ask John Gonoude, who attempted this monumental feat last year and was only able to stomach 11 weeks of it before it became an issue.  Then I was sent some articles from Matt Chaney about what has been written about college concussions recently, for a response…  Well you are going to get one.

The first article appeared in the news cycle on September 13th from The Michigan Daily;

After only two weeks of collegiate football, USA Today reported 15 concussions among injured NCAA players. In 2008, the Boston University School of Medicine released a statement linking repeated concussions to Chronic Traumatic Encephalopathy. Describing CTE as “a progressive degenerative disease of the brain,” the university connected CTE to “the development of memory loss, confusion, impaired judgment, paranoid and aggressive behavior, depression, dementia and Parkinsonism.” With thirteen weeks left, the NCAA should take action to reduce the number of concussions and protect players.

The next article came out last Friday and it was in the BloombergBusinessweek;

Concussions suffered by college football players in games were 26 percent lower last year than seven years earlier, according to a study conducted for the National Collegiate Athletic Association. END_OF_DOCUMENT_TOKEN_TO_BE_REPLACED