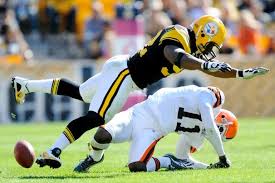 • Suspend players for the season: How about this? END_OF_DOCUMENT_TOKEN_TO_BE_REPLACED