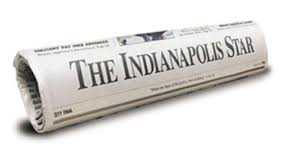 END_OF_DOCUMENT_TOKEN_TO_BE_REPLACED

In Indiana, 6′ 5″ sophomore Alex Etherington of Hamilton Heights High School suffered a “serious” concussion (they are ALL serious) after he was pushed from behind on a dunk, Indystar.com has the story;

He lost control in the air and his head careened hard off the floor. He was taken out on a stretcher and rushed to a Peru hospital, then by ambulance to Fort Wayne for advanced tests.

His season has ended prematurely but correctly by the necessary medical professional, a neurosurgeon in this case;

His father, Brett Etherington, said a neurosurgeon diagnosed Alex with a “serious” concussion and a small amount of bleeding on the frontal lobe of his brain.

The family spent the night in Fort Wayne before Alex was released Sunday. “The scariest part was that he had temporary paralysis,” Brett Etherington said. “He couldn’t move anything. But once he could start to move his arms and legs, we knew it wasn’t as bad as it could have been.”

With any amount of bleeding in/on the brain this was an emergency situation, and correctly has made a return this season out of the question.  With the proper care Etherington should be able to continue his basketball dreams.

The Journal of Neurotrauma will be posting results of a new study on concussions.  Performed at Purdue University, the study looked into possible brain disruption in the absence of concussion symptoms.

The study was limited due to the low number of participants (21), but it may well lead to the expansion of these “sub-clinical” concussions and long-term effects.

One noteworthy case is Owen Thomas; his CTE and suicide, and the fact that he had never been diagnosed with a concussion.

Read the story Nat Newell wrote about this study at IndyStar.com.