The Concussion Blog, has for years, presented you with the basics of concussions and other issues surrounding this particular brain injury.  Most of it was factual information/research that I opined about.  Others were original information that was seen here first.  Regardless our aim – and continues to be – is to keep everyone aware and educated about this topic.

I was passed along a great article on concussions, it was beyond the “basics” but not so in-depth that you get lost in the mumbojumbo;

In other words, concussions are not caused by a brain doing back flips within the skull. In fact, miniscule amounts of movement might be to blame.

The article was written in response to the Stevan Ridley “Fencing Response” producing injury this past weekend and Dave Siebert colored this situation perfectly; END_OF_DOCUMENT_TOKEN_TO_BE_REPLACED 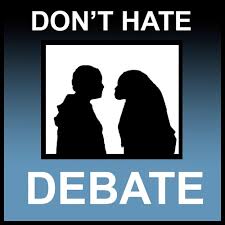 It was then suggested to me by fellow athletic trainer and current educator Dr.Theresa Miyashita ‏(@DrMiyashita) that I should “be careful-the fencing response END_OF_DOCUMENT_TOKEN_TO_BE_REPLACED 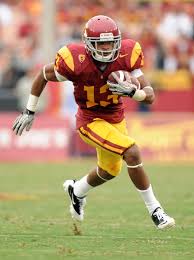 It is scenes like the ones below that we cringe about while watching our favorite sports.  In football they happen relatively frequent; what once was 2-3 times a year a person getting carted off now has become a weekly occurrence.  In the videos below (certain to be pulled by the NFL so see them while you can), you will notice the rotational forces being the problem for both players.  Also both players exhibited the Fencing Response, if you are not intimate with this, I suggest you learn.

First is Darrius Heyward Bey of the Oakland Raiders.  This hit was not penalized by the way even though principle contact was made by the defender with his helmet to the head.  Bey was carted off and went to the hospital for observation.

In this one Nate Irving of the Denver Broncos was blocked into the returner as he was making a tackle and he too made principal contact with his helmet up high.  This time it was the “hammer” getting K.O.’ed due to rotational forces.  Irving was attended to and later walked off the field under his own power.

One more example of hitting with the helmet, but a case of linear forces going to the head and the drastically different outcome.  Also in Denver, Matt Schaub took a shot to the head from a Denver defender.  This time the forces were mainly (if not all) linear and the QB didn’t lose consciousness, but did lose part of his ear lobe.

I provide these videos as a LEARNING TOOL for the audience:

And I also would like to note this type of tackling behavior should not ever be part of a youth or high school level program.  Launching and or using the crown of the helmet should be penalized, early and often.  So all you non-professionals do not try this at home.

If you recall our post earlier today there was a link about the AFL wanting more information about an injury that occurred in the Carlton/Collingwood match.  It resulted in some peculiar signs from Kade Simpson.

AFL.com.au writer Damian Barrett wrote about this; noting that medical personnel would have some serious consternation with it;

Some get so incensed they verge on apoplexy.

So we make this observation with bated breath – some decisions made by AFL doctors during a football match seem to be influenced by the state of that game.

Rightly or wrongly, Collingwood has twice this year put back onto the field players who had already sustained damage, only for those players, Luke Ball and Scott Pendlebury, to later be diagnosed with serious problems.

Out of the weekend’s round 15 matches, two clubs, Carlton and Essendon, were questioned over their handling of stricken players, respectively Kade Simpson and Kyle Reimers.

The hit on Simpson by Collingwood’s Sharrod Wellingham was horrific, and left the Blue midfielder with a broken jaw and arm spasms.

The AFL meds aren’t the only ones, the docs (and athletic trainers) here are very wary of any observation resulting in “sideline medicine”.  However, not only am I a trained medical professional specializing in concussions but the brain injury of concussion is subjective.  Meaning simply that you can assess or observe a concussion from signs produced from the insult to the brain.

In this particular case Simpson did in fact show clear, overt signs of a concussion; yet was allowed to return to play.  How do I know, heck all of you should be able to observe it yourself, look… END_OF_DOCUMENT_TOKEN_TO_BE_REPLACED

This past Saturday Kenny Shaw of Florida State took a hit that resulted in immediate medical attention.  Although the protocol called for neck precautions the reaction of Shaw upon getting hit led to many observers to see a common indicator of a concussion.  As Shaw was “sandwiched” between the defenders his arm involuntarily became flexed in a position that has been identified as the Fencing Response.

Discovered by students under the mentorship of Jonathan Lifshitz, PhD of the University of Kentucky Spinal Cord and Brain Injury Research Center.  This finding and observation in a game was highlighted by an article in Tallahassee.com; END_OF_DOCUMENT_TOKEN_TO_BE_REPLACED