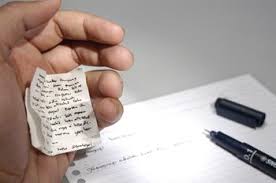 If the baseline tests are to be used to compare then why try hard and excel at them, only to have that first test hinder their return?  This is the common question that the professional and adolescent athletes are dealing with.  Even though baseline tests, be it neurocognitive computer based or hand written like the SCAT2 or the new NFL test, are objective END_OF_DOCUMENT_TOKEN_TO_BE_REPLACED

Evan Coubal of Muskego, Wisconsin died after hitting his head during a playground accident September 4th.  What makes this important to this blog is that Evan sustained a diagnosed concussion about one week prior playing football.

Although official reports have not been made, it looks as though Evan suffered from 2nd Impact Syndrome and a freak accident.  Thoughts are with his family as they grieve and try to understand all of this.