ABC News was reporting a breakthrough on imaging of the brain, diffuse tensor imaging.  As one can see DTI was one of our first posts on this site in 2010 – so it is not new as the beginning of the article claims.  However the report describes why this research is different from the previous efforts;

While the data showing that diffuse tensor imaging can distinguish unique brain abnormalities has been previously reported, the researchers took their study one step further and found that a new way of looking at the information from these scans — an approach known as functional anisotropy, or FA for short — can reveal whether the brain may have swelling.

Intriguingly, in a separate group of patients included in the study, people with concussions still had evidence of brain injury over one year after their head injury.

“The unique thing about this study is that there are brain abnormalities [still present] at multiple time points,” said Dr. Jeff Bazarian, an associate professor of neurology and neurosurgery at the University of Rochester in Rochester, N.Y. “This highlights that the brain is abnormal on a cellular level for a long time.”

If and when massive control groups can be sought out to back up this information (highly probable in my opinion) we will then begin to understand what trauma to the brain is doing in real-time and how long the effects are lasting.  This indeed would be a breakthrough with many applications: immediate evaluation and objective findings, serial testing, return to play, and thresholds.

In general, Lipton said, this study raises awareness that even seemingly benign head injuries can lead to widespread brain abnormalities.

“A concussion which is seemingly quite mild is accompanied by real changes,” he said. 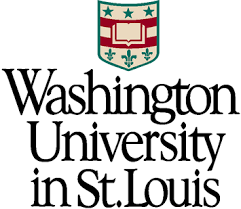 As reported in the New York Times Dr. David Brody and his colleagues have posted a study in the New England Journal of Medicine looking at the diffusion tensor imaging (DTI) a function of a standard MRI.  This type of imaging study does not take any longer to perform but can look even ‘deeper’ in the brain for subtle changes; END_OF_DOCUMENT_TOKEN_TO_BE_REPLACED

Researchers at Harvard have been looking into new imaging techniques for the brain.  When it was developed, diffusion tensor imaging (DTI) was/is being used for schizophrenic patients for its ability to look into the white matter of the brain.

As we posted in “What Happen In A Concussion?” the white matter is where a lot of the changes occur.  With current technologies the white matter does not show up due to its density and reflectivity under normal MRI/CT imaging.

Rebecca Greenfield of The Atlantic wrote an article that made press about 10 minutes ago about the DTI imaging and how it may help with minor head trauma and concussions.

Neuroscientists are coming to realize that brain injuries are far more complicated than once thought. While severe concussions have long been the metric for trauma, many small hits to the brain can cause disorders, too — and they are wickedly difficult to diagnose. END_OF_DOCUMENT_TOKEN_TO_BE_REPLACED