It is now 2012, with the heightened awareness there is hope that a “truer” picture of AFL concussions can be taken…  END_OF_DOCUMENT_TOKEN_TO_BE_REPLACED

If you have read Fifty Shades of Grey you know what a hard limit is (yes I will freely admit I have read the series after my wife brought it home) and there is at lease one respected doc Down Under that has proposed such a limit to footballers.  Quick reminder we are talking Australian Football, however this could be extrapolated across all sports.  However there is danger is such hard limits, as we will discuss later.

From ABC news in Australia, Jeffery Rosenfeld the director of neurosurgery at Alfred Hospital in Melbourne feels that three concussions over a life-time in football should disqualify you from competitive and full contact forms of the game;

“I personally would say three significant concussions, three strikes and you’re out. I would be a bit wary of that player going back,” he said.

“They can still play sport but perhaps not the rough and tumble and risk associated with the tackling in a contact sport like football.” END_OF_DOCUMENT_TOKEN_TO_BE_REPLACED 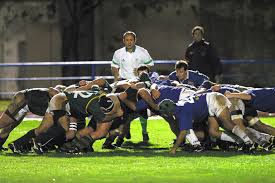 We are going to take this piece by piece; dizziness and loss of memory are obvious signs of abnormal brain function and should have classified this player with a concussion.  But in Australia they are classifying head injuries as “footballer’s migraine” (by the way FM is a term from research in 1972, 40-year-old information), wait until you see what else the Dr.’s are saying. END_OF_DOCUMENT_TOKEN_TO_BE_REPLACED