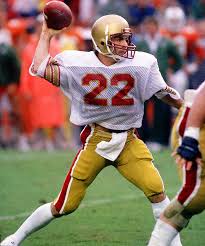 “It is much easier to ask for forgiveness than for permission,” is a popular phrase that holds a lot of weight.  This little sentence does not hold weight in the realm of concussions.  It is NOT better to ask for forgiveness for playing with a concussion, especially in light of what we now know.  In the past the headache or memory loss after a few hits was considered “normal” for the sporting world, particularly with American football.  The symptoms were not well-known even as recent as the early 90’s, only that it signaled an issue to the brain, we of course now know that what was happening was a brain injury.

I have called upon former players to not hide the fact that they played with the brain injury known as concussions, especially those in the media like Troy Aikman and Steve Young;

Concussions are an inherent part of sports and the sport of football has a greater risk, so players that have been forced out should speak up.  This is my plea to Mr. Aikman and Mr. Young please don’t hide the fact you were hurt, talk about it freely and explain how you are better.  If you need a vehicle for this you are more than welcome to use this blog as your mouthpiece.

Now one former quarterback is speaking up, Doug Flutie, about his playing days – the ones he does not actually remember much;

“As a professional, I had at least three different concussions where I know I had memory loss,” Flutie said Wednesday at a concussion-awareness event in his hometown of Natick.

“There was one in particular I remember when I was with San Diego and we were playing Kansas City. I got hit hard, and I played the next game, but I wasn’t the same quarterback for the rest of the year. I had eight interceptions in the next three games. You think your reaction time is still good, but it’s not, it’s different.”

Good for Flutie to expose some of his missteps in his playing careers, it is needed.  If every player concussed was treated/managed correctly from the get-go perhaps some of the long-term issues would not be as troubling.  We cannot change the past, but we can forge a new future of awareness.