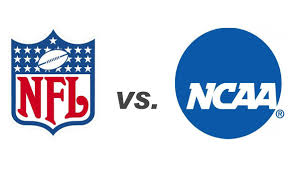 Legislation is good, but only good for one reason in my opinion: awareness.  That is it, because there are ways to skirt the END_OF_DOCUMENT_TOKEN_TO_BE_REPLACED

Just minding my business going over some things about the site before my paternity leave, soon (wife is so ready to get our third into the world she is miserable, I feel for her) and I get a tweet from @kbkorte asking if I had seen a particular editorial.  I had not and since work beckoned I didn’t get time till later in the day.  It was about concussions, in particular the Pennsylvania proposed bill, and how this writer/journalist Paul Carpenter thinks its “bogus”.

He started his editorial with the backdrop of hockey and helmets, making the case that he felt he was “safer” without one on, and even went as far as saying that only football should be required to wear a helmet.  He used Gordy Howe as the example of someone who played until he was 52 and “seems fine” now.  Then he went on about Sidney Crosby;

Now that the use of helmets in the NHL is concomitant with a plague of head injuries not noticed when players played bare-headed, there is an ever-increasing emphasis on bigger helmets, along with rules to make the sport less rough and tough.

The NHL story focused on the Pittsburgh Penguins’ brilliant center, Sidney Crosby, sidelined since Jan. 5 with post-concussion symptoms (the result of getting bumped while playing with a helmet).

“Bumped”?  Really?  I bet Mr. Crosby didn’t think he was “bumped”, perhaps Mr. Carpenter is a true “tough guy” in the sport of hockey and to him it was just a “bump”, although I will point out that Mr. Carpenter was not on the ice to feel the forces of the “bump”.  Secondly, I believe that Mr. Carpenter is lacking the education about concussions that most have come to understand, well at least us “trainers” have known and been taught, I will get to that in a second.  The FACT is that anyone can sustain a concussion WITHOUT END_OF_DOCUMENT_TOKEN_TO_BE_REPLACED