The comments on this blog have been on point but I was able to find some other very informed comments regarding the information provided in the Deadspin article via Football Outsiders;

Interesting article, but there’s some things in it that are decidedly wrong, and others that are completely ridiculous. The idea that increasing intracranial pressure through trapped blood accumulation could somehow “cushion” the brain and reduce the impact force of the brain as it “sloshes” in side the skull was obviously dreamed up by someone that has no grounding in biomechanics whatsoever. First, many head “mild” injuries (the ones that don’t involve skull fracture or haematoma) occur because of rotation of the head, not linear impacts, and suppressing brain motion relative to the skull won’t do a thing to help that. Secondly, CSF is essentially water from a physical response standpoint–and if you have an object floating in water, increasing the pressure in the water doesn’t do a single thing cushion the object floating in it.

The other major issue that I can see is, based on the doctors and biologists I’ve talked to, the accumulation of tau protein associated with CTE can take a minimum of many months, and more generally several years, to occur after the head traumas that triggered it. Also, apparently once you hit a critical threshold level of tau buildup, it becomes self propagating, even if you don’t have any additional head trauma. So monitoring the increase in tau protein wouldn’t be a good way to decide when to hang up the cleats…you could quit when you were still at a “healthy” level, it could take a couple of years to accumulate more, hit the threshold, and you could still end up with early onset of dementia or other lasting brain injury.

The article also touches briefly on, but glosses over, an alternative diagnosis technique that does show promise…diffusion tensor imagine MRI. Although poorly understood, there’s some really promising research about using it to track the biomechanical insults that could lead to long term tau protein buildup.

As expected the Sidney Crosby news made the numbers move, especially in Canada, along with that I have only heard more questions than actual answers.  The inbox was full of speculation and “told you so, it’s not a concussion”, or “told you so Crosby was being a (insert your expletive)”, however there was NOT ONE email that could shed light on an actual diagnosis.

I asked all the emailers if I could re-print their submissions and none took me up on the offer, except one, and his opinion is one of clarity and perspective.  This email also provided the closest thing to what could be the actual issue.  Below you can read it in full (in the email correspondence we never hammered out if he wanted his name published, so it will remain anonymous); END_OF_DOCUMENT_TOKEN_TO_BE_REPLACED 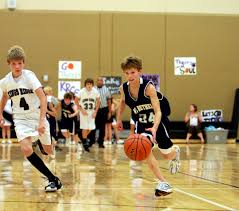 On the blog we have had some very interesting and eye-opening discussions in the comment section.  Recently a poster by the name of ‘Greg’ let us in on how his son is recovering from a concussion.  This is the story in his own words;

I have a 14-year-old son who suffered a concussion in a basketball game six weeks ago. Two weeks ago he began PT, doing eye exercises at home a couple of times a day (moving his head back and forth, then up and down while staring at a fixed point, in 30-second increments, and moving a pen back and forth, up and down, and diagonally while following it with his eyes, 30-repetitions each). He had been having symptoms including persistent fogginess, occasional headaches, and recurrent light-headedness when getting up from sitting. After a week of doing the exercises, his headaches and other symptoms decreased considerably. Hard to say whether it was just a coincidence or not, but the decrease in symptoms did correspond remarkably to starting the PT: very little improvement for 4 weeks, then significant improvement in a matter of days.
Today we had our second visit with the PT, and he significantly stepped up the eye exercises, doing extra sets and for a longer time. Unfortunately, my son got his first headache in days and felt generally lousy most of the day after the PT appointment. I’m hoping it’s just a one-day setback and he’ll feel better tomorrow.
But overall, the PT seems to have helped. I guess the caution would be to go more slowly in adding difficulty to the exercises.

I then responded to him with regards to his school ‘activity’ and he shared this with us; END_OF_DOCUMENT_TOKEN_TO_BE_REPLACED