Agreed on all fronts with Florio here, its tough to sell an END_OF_DOCUMENT_TOKEN_TO_BE_REPLACED

After the NFL and players agreed early this week, the majority of the law suits have been combined and will be heard in Philadelphia.  There has been a myriad of former pros that included their name to the suits, you can now add one more: Tony Dorsett.  It is not that Dorsett suffers from the occasional battle with emotions or being tired, rather he has obviously become very cognizant of his inability to remember things, memory loss.  The article starts off describing Dorsett’s injury in 1984 where he was knocked out, evaluated and returned to play;

“That ain’t the first time I was knocked out or been dazed over the course of my career, and now I’m suffering for it,” the 57-year-old former tailback says. “And the NFL is trying to deny it.”

Dorsett traces several health problems to concussions during a career that lasted from 1977-88, and he has joined more than 300 former players — including three other members of the Pro Football Hall of Fame, and at least 32 first- or second-team All-Pro selections — in suing the NFL, its teams and, in some cases, helmet maker Riddell. END_OF_DOCUMENT_TOKEN_TO_BE_REPLACED 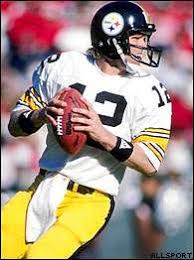 Brinson did a wonderful job of tracking down the subtle hints that Bradshaw has been laying down; END_OF_DOCUMENT_TOKEN_TO_BE_REPLACED