Recently the site visits to The Concussion Blog have been up, mainly because of the Zurich conference, however we have noticed a decent trend of the blog becoming a landing spot for concussion information.  It is nice to be recognized and really is painful for me to post about such “accolades” but I do appreciate it.  Some people take time to review content and put this blog along side some other very good resources.

Yesterday kwikmed.org (one of only two licensed online pharmacies) place TCB alongside some other very good websites, on their “24 World Class Sports Training and Sports Injury Resrouces.”

Yes, this does look like a small advertising ploy – so don’t go to the main website – but there are some terrific other websites on this list worth taking a look at.

Thanks to everyone who chooses to take time and visit here! 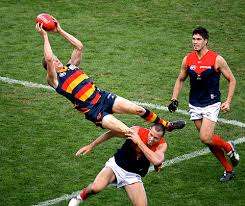 It should come as no surprise that concussions have been seemingly low for a sport with a ton of full speed collisions; a lot of them coming “unannounced” and unexpectedly, the most prevalent way of sustaining a concussive blow.  There were 374 games played in the season with only 46 found concussions (some of them were classified concussion via the Fink Rule). END_OF_DOCUMENT_TOKEN_TO_BE_REPLACED