In the sport of Footy there are often collisions and hits that elicit concussive episodes, recently a player in the AFL received his third concussion in merely five weeks. The case of Kurt Tippett will be one Australia and the world will be watching;

Kurt Tippett’s immediate playing future is set to become a test case for the AFL’s treatment of concussion injuries.

The Crows have rested Tippett from Saturday’s game against the Cats in Geelong after the Adelaide forward suffered his third concussion in five weeks in the round-17 clash with West Coast on July 21.

Tippett is also likely to be rested for a second match.

However Nine’s The Footy Show said on Thursday night that senior medical figures around Melbourne were expected to advise the AFL that Tippett should not play again this season.

Tippett on Thursday underwent a series of scans which will be analysed in the coming days, the program said.

Unless there is a structural problem the likelihood that there is anything on a scan is minimal. The simple fact should be Tippett needs to rest and recover, longer than a week.

I will have more on this later, (post forth coming with radio interview) but something else END_OF_DOCUMENT_TOKEN_TO_BE_REPLACED 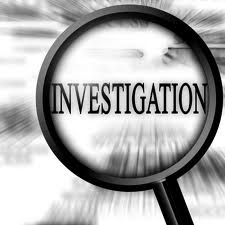 If you recall our post earlier today there was a link about the AFL wanting more information about an injury that occurred in the Carlton/Collingwood match.  It resulted in some peculiar signs from Kade Simpson.

AFL.com.au writer Damian Barrett wrote about this; noting that medical personnel would have some serious consternation with it;

Some get so incensed they verge on apoplexy.

So we make this observation with bated breath – some decisions made by AFL doctors during a football match seem to be influenced by the state of that game.

Rightly or wrongly, Collingwood has twice this year put back onto the field players who had already sustained damage, only for those players, Luke Ball and Scott Pendlebury, to later be diagnosed with serious problems.

Out of the weekend’s round 15 matches, two clubs, Carlton and Essendon, were questioned over their handling of stricken players, respectively Kade Simpson and Kyle Reimers.

The hit on Simpson by Collingwood’s Sharrod Wellingham was horrific, and left the Blue midfielder with a broken jaw and arm spasms.

The AFL meds aren’t the only ones, the docs (and athletic trainers) here are very wary of any observation resulting in “sideline medicine”.  However, not only am I a trained medical professional specializing in concussions but the brain injury of concussion is subjective.  Meaning simply that you can assess or observe a concussion from signs produced from the insult to the brain.

In this particular case Simpson did in fact show clear, overt signs of a concussion; yet was allowed to return to play.  How do I know, heck all of you should be able to observe it yourself, look… END_OF_DOCUMENT_TOKEN_TO_BE_REPLACED Also in the article from the END_OF_DOCUMENT_TOKEN_TO_BE_REPLACED Our primary visitors do not know much about Footy, also known as Australian Rules Football, however due to this author liking the sport combined with the seemingly lack of current awareness Down Under I feel it is worthy of keeping up on here.

Last year I was rather critical of how the AFL and the Footy culture appeared to not to be up-to-speed with the concussion/brain injury definitely inherent to the sport;

Not surprisingly after people started taking notice in Australia and with others (like this blog) doing their best to track the injury the AFL reported a rise in incidence;

However we must hand it to the researchers Down Under, as they have begun a test-retest END_OF_DOCUMENT_TOKEN_TO_BE_REPLACED

The Concussion Blog is now tracking the concussions of another collision sport, one with very good media coverage, albeit not in North America.  Aussie Rules Football and its professional league AFL have had an issue with concussion in the past and as we have seen on videos here, they can be scary.  With the help of Herald Sun we will be compiling the concussions on a weekly basis.

Only three weeks in and the information about concussions is very limited.  Perhaps this sport does not lend itself to as many concussions as we previously thought?  (pure sarcasm)  I can tell you that the media does not seem as interested in finding the story, as compared to their North American counterparts.  They will however cover the stories of concussions as they come up or are blatantly obvious.

From abroad, with limited contacts, no resources in Australia and a time change that makes my head spin we do feel that The Concussion Blog is covering every single REPORTED concussion in the AFL.  What we cannot do; END_OF_DOCUMENT_TOKEN_TO_BE_REPLACED 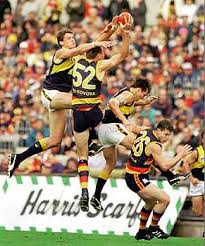 With all of this newly found awareness one would think END_OF_DOCUMENT_TOKEN_TO_BE_REPLACED

The first publicized legal action against a professional league with regards to negligence when returning a player to the field.  Granted the judicial system in the AFL has no bearing on the US system, this will be an interesting case to keep an eye on.

Daniel Gilmore, who played for Fremantle in the Australian Football League in 2004-2009 is now bringing forward a case against the AFL and his former club for alleged “fit to play” designation after a head injury.

Delisted ruckman Daniel Gilmore, 28, will allege he was incorrectly passed fit to play by club doctors after a heavy hit in 2008.

Gilmore has since endured migraines, dizzy spells and lethargy. He was cut at the end of the 2009 season.

The Gilmore case may have greater ramifications than that of former Melbourne defender Daniel Bell, who is seeking compensation over concussion injuries, but is not claiming negligence or malpractice by his club.

Gilmore’s claim will be heard by the AFL Grievance Tribunal.

Jack Riewoldt was the most recent concussion issue in footy.  As Friday Night football (AFL Style) happened tonight–yesterday in Melbourne.  Riewoldt was extremely woozy upon leaving the field, and after the evaluation and an actual time period of about 20 minutes he was not allowed to return, and he was not happy about it.  We must give credit to the medico’s (as the call them down under) for this decision.

In this recap you can see the Riewoldt injury again at mark 0:46, END_OF_DOCUMENT_TOKEN_TO_BE_REPLACED

Daniel Bell was like any kid growing up in Australia, he wanted to play on the hallowed grounds of the AFL.  As his journey began playing youth footy he was wearing a helmet for extra head protection.  That ended when at the age of 15 he felt both out-of-place on the field with something many others were not wearing and his perception he (more specifically his head) was targeted due to the helmet.  Now Bell is struggling to get through a day without issues related to head trauma.

“Players who hear Daniel’s story will realise the importance of being open and honest with their doctors.”

Earlier on Thursday, Bell said his motivation for raising the issue was to encourage clubs to embrace “brain training”, similar to the treatment he is receiving at Elite Minds, for players that suffer concussion.

“Now, you let [concussion] settle down and then you play again. You don’t do that with a hamstring; you do rehab to improve the muscle to get it back to where it was at,” he told SEN on Thursday morning. END_OF_DOCUMENT_TOKEN_TO_BE_REPLACED