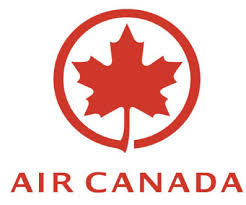 The hits that are being seen more often on the ice may cause the National Hockey League to take a shot to the wallet.  According to Canadian news agency QMI the NHL could lose one if its primary sponsors if something is not done about the hits and safety issues facing the league.

According to QMI, Air Canada — one of the league’s biggest corporate backers — is threatening to pull its support if action isn’t taken to prevent what it calls recent career- and life-threatening headshots during games.

Denis Vandal, the airline’s director of marketing/communication, wrote a “strongly worded letter” addressed to NHL Commissioner Gary Bettman, saying “from a corporate social responsibility standpoint, it is becoming increasingly difficult to associate our brand with sports events which could lead to serious and irresponsible accidents.”

“Unless the NHL takes immediate action with serious suspension to the players in question to curtail these life-threatening injuries, Air Canada will withdraw its sponsorship of hockey.”

This would be the biggest, and first to our knowledge, sponsor of any professional league that is making a stand on the head injury front.  It will definately be interesting to see how the NHL handles this; as it comes on the heels of the ZERO game suspension for Zdeno Chara after his blatant hit on Max Pacioretty two nights ago.