Jason Bay had another bit of bad luck; as he was attempting to catch a fly ball he slid and hit his head on the left field wall.  It was utterly obvious to the trained observer that Bay was again not right; it took some extra help and “ginger” walking to get him off the field.  Unfortunately this wasn’t his first; nor did the last one recover quickly…  Fortunately, he and the Mets are very aware of concussions and the issues surrounding them;

On Friday night, hours after Jason Bay’s head torpedoed into the left field wall at Citi Field – his brain rattling in his skull as he endured his second concussion in less than two calendar years – Terry Collins shared a conversation with his wife on their car ride out of Flushing. They talked about Bay and decisions he may need to make that were no longer just about baseball, but about quality of life. It evinced the sports’ progressive perspective on concussions. 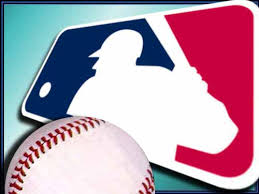 The regular season has ended and post-season baseball in under way.  After our last update there was another flurry of activity regarding head injuries and concussions.  One injury was actually listed as a concussion (Jason Repko) the others added to the list below – both as an “official” concussion and the “questionable” list – had some interesting stories.

Lucas Duda of the Mets hit the wall in a game and was removed due to dizziness but it was never classified as a concussion, even though as his exertion level increased his symptoms returned.

Angel Pagan also of the Mets was doing warm up swings when he hit his own head with the bat.  He too had to be removed from playing due to a headache and it recurred the next day. END_OF_DOCUMENT_TOKEN_TO_BE_REPLACED

As the regular season is winding down concussions in the MLB quickly took a bump.  The last time we updated you there were 9 reported concussions with another four in question.  This week with the return of symptoms for Justin Morneau, Chase Utley taking a ball off his helmet and Francisco Cervelli having symptoms after a collision; our listing now includes 11 players, officially.

Speaking of Utley, I love Will Carroll’s take on the semantics of the injury from his weekly UTK;

“The lightest of concussions” was how the Phillies phrased things after Utley was hit in the head. I’m not going to go all soapbox on you, but saying things like that don’t help. There are gradations, but does anyone say, “just a small heart attack,” or, “a light little cancer”? No, they don’t. Justin Morneau’s concussion didn’t seem like that big a deal at the time. Luckily, the deeds are better than the words here, as the Phillies are not just following the protocols, but making sure that Utley is getting the best care.

Nothing is more scary than a baseball coming back where it came from, really fast.  Some of the time the pitcher gets leather or a hand on it, others the ball makes contact with the head, previously we discussed it with Juan Niciaso.  This time Al Alburquerque a relief pitcher of the Detroit Tigers was stuck in the head but not on the mound, rather during batting practice;

Alburquerque was writhing on the ground in pain after a line drive off an Oriole player’s bat smacked him just above his left ear — but the fact that he was conscious was a good sign that the rookie reliever would be OK.

The Tigers are optimistic that Alburquerque, who was placed on baseball’s new seven-day concussion disabled list Friday, will fully recover after being hit during batting practice. END_OF_DOCUMENT_TOKEN_TO_BE_REPLACED 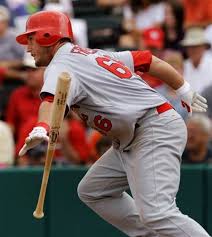 SB Nation has the report on this incident including the video of the pitch/incident.  If Freese goes on the 7-day DL, or is listed with a concussion he will become the eighth player with such a distinction; END_OF_DOCUMENT_TOKEN_TO_BE_REPLACED

That was quick…  A day after our last update, where Craig Gentry of the Rangers was the sixth player to the 7-day DL, Matt Treanor has sustained a concussion;

In the sixth Royals’ catcher Matt Treanor left with a concussion after tagging out Matt LaPorta trying to score. LaPorta showed some class after the game. “I hope he’s OK,” said LaPorta, who called the Royals clubhouse to check on Treanor, who had been taken to a hospital for a CT scan and will be placed on the seven-day concussion list.

Treanor is the 7th player on the 7-day DL; END_OF_DOCUMENT_TOKEN_TO_BE_REPLACED 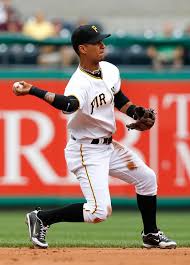 Denard Span of the Minnesota Twins has been befallen by a concussion on June 3rd.  However it’s not that we are more than a week late to report this news, it’s that Span played following the concussion, from FS North;

Span collided with Royals catcher Brayan Pena when he tried to stretch a triple into an inside-the-park home run last Friday. He stayed in the game and played again Monday against Cleveland but was kept out of Minnesota’s lineup for three straight games, including Thursday’s series opener against Texas.

The reasoning for him playing is unclear at this point, but it seems that Span was unaware of the symptoms, or at the very least did not report them right away.  Span had a spell of “dizziness” in 2009 that made him miss a lot of the month of June.  This may have been the END_OF_DOCUMENT_TOKEN_TO_BE_REPLACED