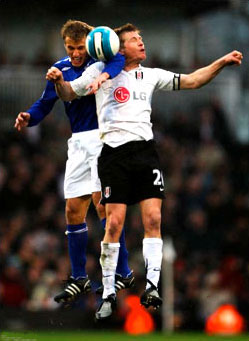 FIFA has made progress…

This lawsuit demands FIFA and others mentioned…

What makes this suit unique is that there is no “monetary damage” being sought, rather changes within the governing bodies to bring them up to speed with what other leagues are doing.  I find this to be refreshing; make necessary changes.

As we all witnessed in the World Cup there were times when a player was overtly showing signs of concussion (either being knocked unconscious or stumbling after getting hammered by a player) and were merely ushered to the sideline and then let back on to play.  The two that stick out to me most where the Uruguay player being knocked out during play and let back on (although the team doctor was adamant that he not return).  The second being in the championship match where Christoph Kramer of Germany does not remember playing in the penultimate match.

Both of those examples are exactly why #TheFIFA5 suit exists.  Those cases don’t only happen at the highest level, they also happen at the lowest levels and seemingly nothing is being done about it.  Now, it would be extremely unfair of me to lump everyone into this category.  I know for a FACT that the high school association here in Illinois has directed officials for soccer to look for such incidents and make sure they do not happen on their field.  Then again, that organization also has protocols in place for such cases, that demand that medical personnel has to clear and in the event none is available they cannot return, period.

The problem is that FIFA, the governing body to which all soccer/futbol looks to does not practice what they preach.  Nor, are they demonstrative enough about such incidents.  Perhaps it can all be related to the tactical nature of the sport and the use of substitutions, a purist mentality if you will.  This is a common thread with all sports and the struggles with concussions: proactive or reactive.

I have even opined on the issue and presented a possible solution well before the World Cup, November of last year to be exact.

I fully understand the need for balance between “knee-jerk” responses and measured responses for changes in the way sports are played in the face of the concussion issue.  If you read here enough you know I am not for quick reactionary “band-aid” solutions.  But I am for well thought out proactive changes that happen faster than years.

#TheFIFA5 is a good eye-opener for soccer, and whether is amounts to anything more than media run it is good to know that people have an eye on that sport as well.  Concussion is not limited to football, or soccer, or hockey, or lacrosse; it has a place in every sport we play in an organized fashion or in our back yard.

To me it always boils down to this: the injury is not the massive issue – it will always occur – the issue that we must make strides in is the management of the injury.  Having high-profile players and games give examples of what not to do is the wrong message.

Get it right FIFA!

5 thoughts on “#TheFIFA5 A Recap by Snedaker”