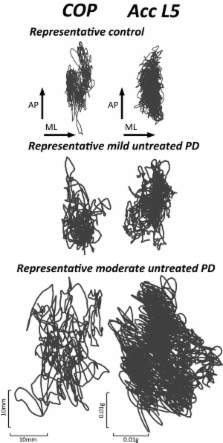 Technology is ever-expanding in all areas of our life; in my short time we have gone from land line phones and massive desktop computers that could play “Lemonade Stand” to handheld personal computers that is also a phone.  The point being that technology is amazing.  In the previous post we discussed how MRI now can actually see damage to the white matter in the brain after concussion.  Until that information was presented the changes in the brain were only theorized about.

Yes, it is true that we are trying to find an objective measure, but people need to understand that this objective measure is not necessarily needed to find the concussion.  An athletic trainer with their years of education and experience are pretty dang good at finding concussions; with or without the help of “tools.”  The need for objective measures is for the TRUE PROBLEM of the “concussion crisis”; the mismanagement of the injury – mainly returning too early.

Conrad Wilson wrote up a good article on technology that is emerging, focusing on balance assessment tools;

In her study, King attached sensors that measure movement around the waists of athletes who experienced TBIs. She found that without the devices, the BESS test lacked specificity, and produced varied results. The sensors, though, are much more accurate at detecting minute changes in a person’s balance.

“The big question with a concussion is: When is a person resolved enough to go back to play?” King says. “Once you’ve had one concussion, you’re three times more likely to have a second one and partly it may be due, we think, because your balance control isn’t back to normal yet.”

Currently the most widely available balance assessment is the BESS Test, which if any of you have run it or been through it does involve some if not a lot of subjective measures.  Oregon Health & Science University neuroscientist Laurie King may be on to something to objectify balance.  Unlike the BESS, her research – to be published this month – may have significantly increased specificity.  This would include not only static positioning but actual functional movement and balance; a frontier that has yet to be exploited by research.  Truly advancement.

The best part of the article apart from the new technology was the closing lines by the football player that is the backdrop of the story by Wilson;

It’s clear Woolley is conscious of the risks involved with playing, perhaps even a little concerned about what another brain injury might mean for his long-term health. But he doesn’t give much thought to sitting the season out.

“I’m 100% playing,” Woolley says. “The only thing I’m really weighing is if I get another one. What happens next?”

Wish we knew, definitively, what happens for each person.  Alas, we do not.  Only thing we can do is protect the athlete the best as possible after we have fully informed individuals of the risks.  Underscoring the need for an athletic trainer.