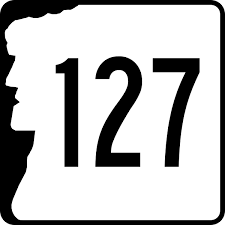 I will save the “soap box” for another day as I will get right to the meat of it.

Numbers are rising, but naturally there are more games as all byes have taken place.  There are more players on the field and more plays so there will be, by logic alone, more concussions.  Our research over the past few years has shown that 55% of all concussions found happen after Week 9.  Both an indication of more games but also prolonged exposure to micro trauma.

This week we say another first, a new high water mark for a weekly find; 19 players were concussed last week, roughly 15% of all concussions to this point.  I have some reasons for this, the most poignant being that I believe the NFL is starting to get it right.  With so many eyeballs on the game now, especially looking at concussions and how it impacts the game they better start to get it right.  I have had multiple sources tell me – which is hard for me to believe but I have heard it more than once – the “crapstorm” that is the NFL medical in-game coverage is now just catching up to what we know.  One person told me that some (stresses some) athletic trainers are still learning about concussion detection, another told me (which I already knew) the doctors being on retainers for the teams are too conflicted.  My most trusted source tells me that players actually have a protocol of their own to evade detection, which they practice from time to time.

Regardless there was a perfect storm this past week to give us the 19 found.  Now onto the stats, 127 regular season concussions – 175 since camp opened.  Notes: due to my 20 month old son “rearranging” my database I rechecked numbers there may be some differences from last week (the #’s are sound)… DB’s and WR’s are now starting to rack up…  ()’s represent last week’s numbers…;