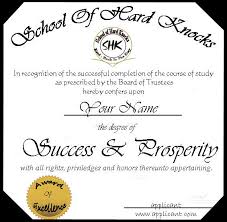 When I try to think of an idea for a post, I look to sports, news, pop culture, and usually find something that gets my mind firing. Sometimes, actually more often than not for my most recent posts, my idea seemingly comes out of nowhere, but once I get a hold of it, off I go. So, while trying to think of the subject for this post, although there were a lot of stories of concussed athletes – not the least of whom is Alex Smith of my favourite team in any sport, the San Frncisco 49ers – I have decided to take another tack and look more at society. I’ve written a bunch in this vein, so you could simply call this tactic ‘going to the well’, but there is just so much fodder here. Plus, it gives me a wider audience than  1000 words on Colin Kaepernick would have (nonetheless, he played an awesome game on Monday!). There have been countless stories over the past 2 years about concussion in pro sports, youth sports, and recreational sports. Every time a new story comes around, a catalog of articles are written, a fury of interviews are given, and an exhaustive supply of statistics are produced. As I’m the only one working alone on this blog, the only resource at my disposal, or at least the only original resource I have, is my experience as someone who’s had a severe traumatic brain injury.

Starting my blog (concussiontalk.com) was one of my best ideas. It gives me a place where I can share my views and vent my frustrations, all under the guise of thoughtful, and dare I say, good, writing. I have, not so subtlety, been able to integrate some pop culture events into my posts. From the start, the point of my blog was to write about brain injury in sports, notably football and hockey, because in July or August of 2010, it seemed a bit different, and as such, it would be interesting to write about. If anything, I’ve deviated from this, but in my defence, this is no longer a unique blog and, as brain injury in sports is now the topic-du-jour for major news and sports organizations, there is little I can add to the story in terms of research. What I now try to add is a unique perspective. Although I am very aware of brain injury, I am also aware that prior to my own, I didn’t know that much about it, I figured it’d never happen to me, and so I wasn’t very interested. There have certainly been posts of mine where I have forgotten my own prior ignorance of brain injury and where my indignant side comes through. I am hesitant to apologize for that because the last thing I want to do is encourage ignorance, but at the same time, I don’t want to discourage a natural desire to learn.

My brain injury education was thrust on me violently and suddenly. If it weren’t, I have serious doubts that I’d be as informed today. I started this blog primarily to write and share my thoughts. I also thought, “I like writing and I like sports. Wouldn’t it be great to combine the two?” Having no previous writing experience other than university term papers and lab reports, I knew I’d have to find a new angle if I was going to write anything that others would find worth reading that would be different from anything they could find in the daily newspaper. Having remarked previously how shocked I was that there weren’t more brain injuries in football or hockey given how much they slam into each other, dressed like Iron Man, I then thought, “I’ll write about brain injury in sport.”

That there would be brain injuries in sports made sense to me. It didn’t make any sense that there hadn’t really been any that caught the public’s attention. Then there were a bunch in the NFL, then a bunch in the NHL, and soon it was a hot topic. I do my share of media bashing, and much of it is justified, but when I really think about it, a lot of it is unfair. Leaving politics and investment aside (those are entirely different animals), sports reporting really comes down to what people want to read; game recaps, stories of star athletes’ against-all-odds, gut it out, rise to the top, and injuries. In recent years the massive number of brain injuries in pro contact sports has been alarming. It seemed to come out of nowhere. How did this happen so suddenly?

Was it too much to ask for leagues to see this coming? (I tweeted as much last week). It’s true, however quaint, that hindsight is 20/20. It’s obvious now! Some sports, like football and hockey, basically had years of evidence thrown in their faces, but the public generally, save a few intrepid journalists, didn’t know very much about the effect years of football/hockey had on the brain of a retired player. Whether leagues were being deceptive or honestly ignorant is not what this post is about. The public, including the athletes, doesn’t know much about brain injuries; how to guard against them, or the long-term effects. Those who do, have usually been in the unfortunate situation of having a brain injury themselves or being close to someone who has been brain injured. While ignorance should, by no means, be encouraged or considered an acceptable trait, anger or indignation over ignorance does little to nothing to entice people to learn.