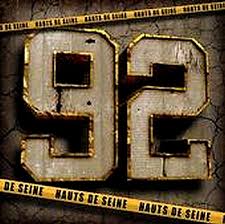 The Concussion Blog Original, NFL Concussion Report, is a weekly (not so much this year) compiling of the reported head injuries in the National Football League.  Concussions are added to the list each week from multiple sources to give you the reader a picture of what is happening on the field.  Each week we will bring you the information along with relevant statistics.  If we have missed a concussion or put one on here erroneously, let us know (we will also be using Fink’s Rule to classify a concussion/head injury).

It seems that one time each season there is a “watershed” moment on concussions in the NFL.  Week 10 was that week for 2012 (so far) as three starting quarterbacks were sidelined with concussion – Alex Smith, Mike Vick, and Jay Cutler.

Perhaps unnoticed in the coverage of the QB’s were the 9 other concussions that occurred, including three players having their second concussion – Cliff Avril, Brandon Meyers and Ryan Clark.  It would be Amari Spievey second as well, if you are counting the preseason concussions.

Certainly noticed by me was an ABSOLUTE first in NFL concussion history, which really should be noted.  Again, with all my research on concussions this is the first time this has occurred in the NFL.  This is the very first time that every team in the NFL has reported a  regular season concussion, during the same year.  In 2011 Cincinnati reported none and in 2010 Tampa Bay also had zero concussions.  Both teams drew my ire in the post season wrap ups.  Perhaps Goodell was right yesterday (paraphrasing); we are seeing changes in the way concussions are handled in the NFL.  I do want to take the time to note the best team in identifying concussions over the past two seasons – and really the past three – the Oakland Raiders.  Although they lead the list this year (and last) I truly don’t believe this is a symptom of poor practice or protection of the team, rather it is the product of actual reporting by the medical staff of this team.  For this I say thank you (wow that hurt a bit to say as I am a Bronco fan) and continue the great work.

Another interesting first occurred this past week as well – according to my records – every single tracked position (QB, RB, WR, TE, OL, DL, LB, and DB) was concussed during the week.

As you can see Week 10 was very remarkable; three QB’s, four 2nd concussions, every single team reporting a regular season concussion and every position with a concussion.

Now on to the stats for the week – 92 regular season & 140 since camp opened.  Note: added Jeff Allen from KC to W9 numbers, the ()’s represent last week’s figures;