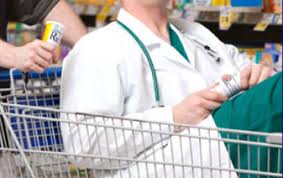 We are beginning a new program here at TCB.  This one is called “Outreach”; the purpose is to publicize the good (we hope the vast majority) and sometimes the not so good of concussion management across this vast planet.  One thing I realized real quick in Zurich is that the stories of the bad are relatively the same, but unheard.  Meanwhile the stories of good are different and helpful and not heard at all.  I am asking our readers to send in stories of your cases (please be mindful identifying specifics) so we can share.  There are vast stories in the comment section but I would like to bring forward as many as possible.

The stipulations are simple: 500-2000 words with specific situations that we all can learn from and benefit from, email them to us at theconcussionblog@comcast.net and consent to possible editing as I see fit.  It would be nice if you included a bio or frame of reference, but if you would like to remain anonymous that is fine to (however, it would be good if you included something like “licensed doctor in _____ (state)” or coach, athletic trainer, mom, dad, etc.

As Dr. Kissick stated in Zurich it is high time we start sharing as much information as possible.  I will do my best to weed through the “complaints” and “uninformed” from the group; be a “gate-keeper” if you will.  Trust me (as you have witnessed on this blog) I will get information out!

You can’t turn on the TV today or open the newspaper without hearing about concussions. It seems like over the last few years there have been more superstar athletes who have suffered this injury, especially from those who played “back in the day” and are now coming forward and bringing their multitude of recent struggles to the forefront that have been caused by multiple concussions.

Every Saturday and Sunday families gather to watch collegiate and NFL games, bringing society together on common ground for a day or two. In a way, however, this culture can also tear us apart. When kids and parents see elite athletes take punishing hits and stumble off the field only to be returned by the medical staff just minutes later it raises questions and causes confusion about concussions.

What must be understood is that there is not one of these injuries that will be treated the same. Your son or daughter at home is NOT the same as RGIII or Melissa Gilbert (Dancing with the Stars). We are talking about the adult, or fully developed brain of an elite athlete who gets paid to do what they do versus the still developing brain of an adolescent who may not yet be legal to drive a vehicle. This is in no stretch of the imagination an apples-to-apples comparison.

What’s disconcerting to me as a certified athletic trainer and a father of two (one boy, one girl both under the age of four) is that parents will continuously make decisions about their children based on nothing more than empty emotion even though the facts are presented to make a mature informed decision. In one of my most recent experiences, such was the case.

A high school senior football player from one of the local schools suffered a concussion. Because the school system had adopted the highest standard of care for treating and managing concussed athletes in the state of Louisiana, this athlete was properly cared for from the word “go”.

As the concussed player’s condition improved over a roughly ten-day period, he was tested using ImPACT neurocognitive testing; which is a tool that is widely used for the management of sports related concussions. State law does not mandate the use of neurocognitive testing but the school board system recognized the importance of baseline and follow-up testing. They are to be commended for raising the standard of concussion management in the state and not settling for the minimum that is suggested in the state law.

Among the other battery of tests that this athlete went through, he still had not shown significant improvement nor had he returned to his baseline scores on ImPACT. Based on this collective information the decision was made to hold the athlete from play just a bit longer. From the beginning, this athlete had been under the care of a physician who holds credentials and is qualified in the area of concussion treatment and management. The certified athletic trainer had also done a commendable job of communicating with the physician and the athlete’s parent
throughout the process and had monitored the athlete on a daily basis throughout his injury. Coincidentally, the player’s mother had a “medical background as well.”

Fast forward two weeks. Another Friday night of football in South Louisiana was upon us.

Emotions were running high on this, the eighth week of the schedule when the head coach received a phone call from the player’s mother. Without even a “good morning,” she proceeded to “chew” on the coach’s ear about the fact that her son had not been medically cleared to return for full activity and would not be participating in Friday night’s contest. Her argument was simple: her son did not have a headache and appeared normal by her personal observation.

This seemingly logical and reasonable approach fails. There is not enough clinical evidence (objective or otherwise) that could convince the athletic trainers or treating physician to clear the athlete.

It’s now two o’clock in the afternoon with game time only a few hours away.

In an attempt to prove her point and to match wits with the treating physician, the mother goes “doctor shopping” and is able to produce a formal medical clearance for her son to return to full football activities that afternoon. The physician that agreed to this did not request records of any kind from anyone involved with managing her son’s injury over the last two weeks.

Not to be swayed, the veteran head coach, who is a highly respected man in the community and a father who values the professional opinion of our medical staff, did not allow the athlete to play (even with a medical clearance staring him in the face) because he fully understood proper concussion management, the consequences of returning to play too soon in regards to the safety of the athlete, and the liability involved with doing so.

In addition to making the medical profession responsible for all its actions, maybe we should hold parents to the same standard. “Doctor shopping” circumvents the process. It puts the player back in harm’s way and means that an emotional parent has crossed the line. There should be a consequence for that.

Mr. Dean is currently the staff athletic trainer at Episcopal School of Acadiana and functions as the lead consultant for the sports related concussion management program of Louisiana Athletic Care’s thirty-five local high schools. He currently resides in Youngsville, LA with his wife Jodi, son Oliver, and daughter Charlotte.

Thanks for sharing Tommy, this is a good example of what we face as athletic trainers and the consequences of not getting the full message out.  “Doctor shopping” is not something that will go away if we ignore it, it’s a problem that will remain until we are consistent across the board.  What is most troubling is the fact that another doctor will “undercut” a fellow professional – although in this case due diligence probably was missed.  I highly doubt this is the first and only case.  By bringing this to the attention of all of us we can hopefully avoid this going forward.

Tommy, also tell your AT that he did a tremendous job, and that coach, he is one hell of a dude, wish they all could be the same!