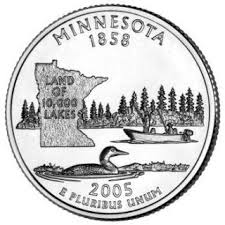 In Minnesota they are taking strides to get to the bottom of the issue of concussions, and frankly why more are not doing this is strange.  Why not gather the most data possible;

For the first time, solid numbers are being collected in Minnesota on how concussions really affect high school athletes.

The Minnesota Department of Health is tracking concussions at 42 high schools. Through the first seven weeks of the fall sports season, 373 student athletes have been diagnosed with a concussion.  According to one expert, the number seems to be on par with previous years.  This study is now providing a number for the issue.

The study reveals how many kids are getting hurt and how long the injuries are keeping them out of sports and out of school.  The medical professionals tracking student concussion in Minnesota don’t want the numbers to scare parents into pulling their kids out of sports, but rather make them aware of the symptoms and consequences.

Hey here is a bright idea; National Athletic Trainers Association why don’t you create a reporting platform similar to what is being done in Minnesota?  I would say state high school associations could do the same thing but AD’s and coaches are already bombarded by plenty of other things.

Someone get it done, and if needed I can collect the data; just need some resources and backing.

3 thoughts on “There Needs To Be More Of This”